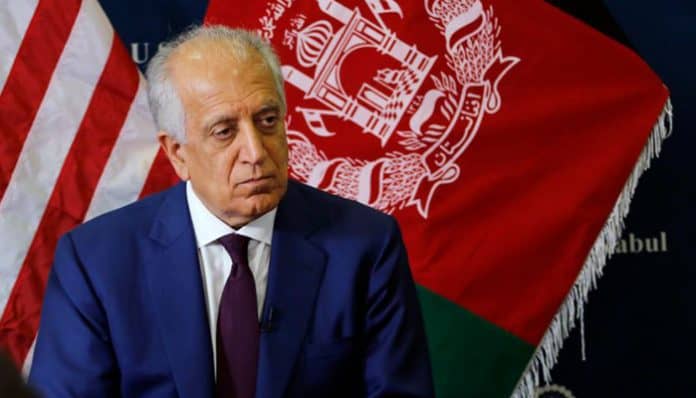 PESHAWAR: The US Special Representative for Afghanistan Reconciliation Zalmay Khalilzad has recognised Pakistan’s efforts for peace and reconciliation in Afghanistan, however, he has also repeated the mantra that Pakistan should do more and take bigger steps for Afghan peace.

In an interview , Zalmay Khalilzad insisted that there was no deadlock in the peace process and his visit to Pakistan was cancelled over some logistical and political reasons. He opined that it was good that a meeting was not held between the Taliban and Prime Minister Imran Khan and that the meeting should be held in Doha. He said Pakistan needs to take practical steps for moving the peace process forward.

Khalilzad said Saudi Arabia has an important role in Pakistan’s engagement in the Afghan peace process. He said Qatar also has a role, but the role of Pakistan is more important than Qatar because Saudi has had historic relations with Pakistan and it can provide more support to Pakistan. The US envoy said it has been agreed that Saudi Arabia will provide all required assistance to Pakistan for ending the war in Afghanistan.

Khalilzad said Taliban are also willing to talk and they have realised that their previous style of rule will not work. He said talks are being held with them on power sharing formula. However, he said, it is up to Afghans to reach an agreement about the future of the country.

Khalilzad said an agreement between the Afghan government and the Taliban can ensure a long-lasting peace. He admitted that there are difficulties in this process, but he hoped that the process will move forward. He said the next round of talks with the Taliban will be held on 25 February in Doha.

He made it clear that the agreement with Taliban will not be finalised until everything is decided. He said a ceasefire is a desired option, but the Afghan government will also have to be integrated in the talks. Taliban have persistently rejected the call to engage in direct talks with the Afghan government.

Khalilzad called on Afghans to put aside their differences and unite for peace. He urged the need for a ‘national team’ to carry the talks process forward.