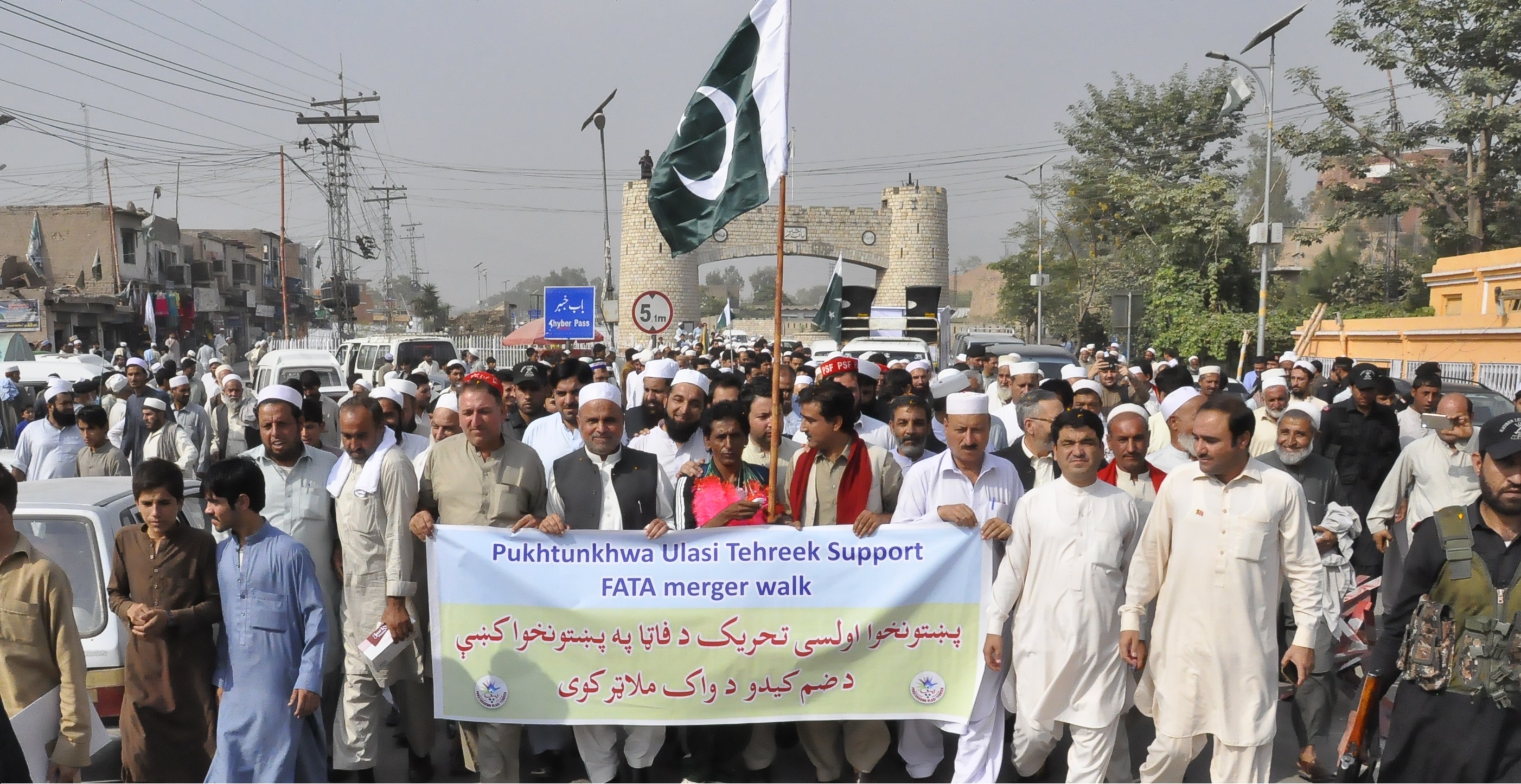 Before starting the walk, Roy said that tribal people from Bajaur to Waziristan have been woken up and united to get their constitutional rights.

He said that people of Fata would not accept except tribal areas’ merger into Khyber Pakhtunkhwa and this was the only option the government has left with.

He added it would be better to take the decision to merge Fata into KP without wasting further and the people should be granted their rights and shares in National Finance Commission.

“Abolition of Frontier Crimes Regulations, extension of the Supreme Court and Peshawar High Court is the long standing demand of tribal people and time has come to materialize this dream,” he said.

He said he has started this peace walk for the better future of tribal people adding that he has been visiting tribal areas since last 15 years.

“I could not hold myself to start this walk for I see the deprivation and injustice being meted out to these people and feel their pain,” he said while talking to Tribal News Network.

It should be noted that Roy has held such walks for freedom and peace in Kashmir and Palestine for which he was awarded an international prize.