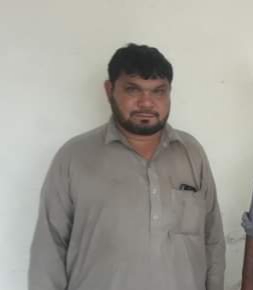 PESHAWAR:  A soldier of Khasadar force was gunned in a busy market area of Bata Tal in Bara Tehsil on Saturday.  According to Khasadar force officials, Zia Uddin was in the market for some important work, when he was targeted by known assailants due to which he died on the spot.

The sources added the Zia is from the Zakha Khel Tribe of the district and was employed in Khasadar force as a soldier. The Khasadar sources said that after the incident the forces rushed to the crime spot and cordoned off the area. However, they have not provided any information about any arrests.

The assailants after committing the murder escaped from the crime scene while the dead body was taken to the hospital and after necessary medical and legal procedures, it was handed over to the heirs. The security forces have registered the case and started further investigation into the incident.

One killed, other injured in road accident

PESHAWAR: One person was killed another injured when a mini truck overturned on Ring road near Jamil Chowk area of the city on Saturday within the jurisdiction of Agha Mir Jani Police station.

While providing details of accident Bilal Ahmad Faizi, the spokesperson for Rescue 1122 emergency services Khyber Pakhtunkhwa said the vehicle overturned after one of its tires burst out. The driver couldn’t control the vehicles due to over speeding and it fell down into a ravine. Due to which Imran a resident of Namak Mandi and Abdul Basit, a resident of Gul Gasht colony were injured.

Faizi added that rescue team rushed to spot and retrieved the injured from the vehicles and were shifted to lady reading hospital in Rescue 1122 ambulance where Imran succumbed to his injuries.