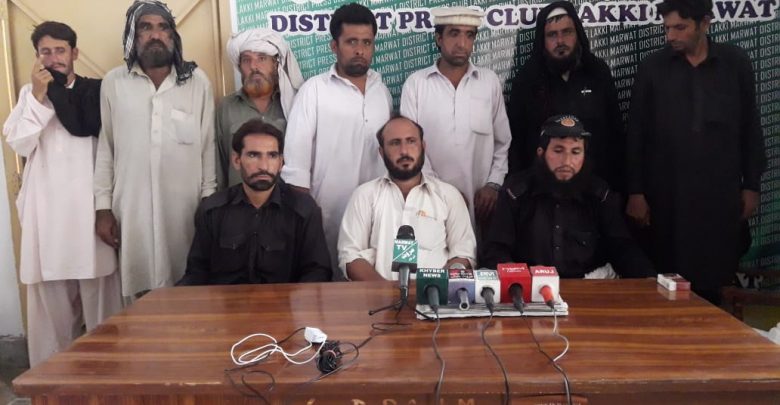 LAKKI MARWAT: Personnel of Khasadar Force in Lakki Marwat alleged that funds allocated for their welfare are being misappropriated by officials of district administration.

Speaking at a press conference here, Hawaldar Sibghatullah claimed that a huge chunk was of funds meant for welfares of Khasadar Force personnel has been pocketed by the officials.

He accused that a large number of personnel were not performing their duties due to which most of checkpoints have been laying vacant throughout the district.

“Those who are not performing their duties grease palms of the officials concerned therefore no one take action against them,” he said.

He complained that those personnel did no pay bribe were being fined under different pretexts but the amount go to the officials’ pockets instead of depositing in national kitty.

He claimed the government has announced Rs51612 each 190 personnel performing duties in sub-division that is yet to be paid.

“We even don’t know about our exact salaries while officials pay us by taking our signature on a blank page,” he claimed. The personnel demanded of the government and National Accountability Bureau to take notice of the corruption and launch an inquiry against the officials.

Besides, fear has gripped the personnel that they might lose their jobs after merger of Fata and FR regions with Khyber Pakhtunkhwa.

There are around 18000 personnel of the force in tribal and semi tribal areas and the government has devised a policy to relieve personnel above 60 years of age.

They would be asked to get retirement under Golden Handshake Scheme under which they would get four to seven years of perks in advance.

Besides, those physically fit would be inducted into police.