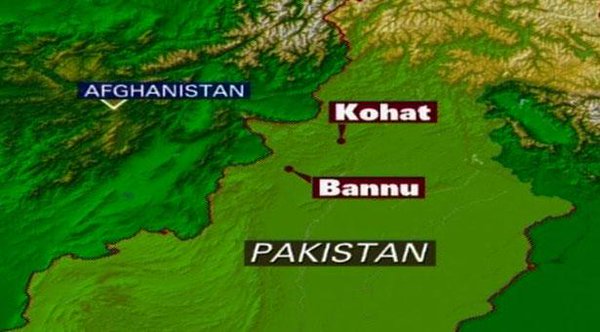 BANNU, 28 November: A personnel of the Khasadar force was gunned down by unidentified gunmen here on Monday, police said.

According to police, the deceased Noor Zaman, who was serving in FR Bannu Khasadar force, had come to Bannu city along with his friend for a personal work where unidentified gunmen riding on a bike opened fire on him.

Police added that Noor Zaman died on the spot in the attack while his friend was serious injured. The injured person was rushed to a nearby hospital.

It merits a mention here that a member of the local peace committee was also shot dead in Baka Khel on Sunday evening.