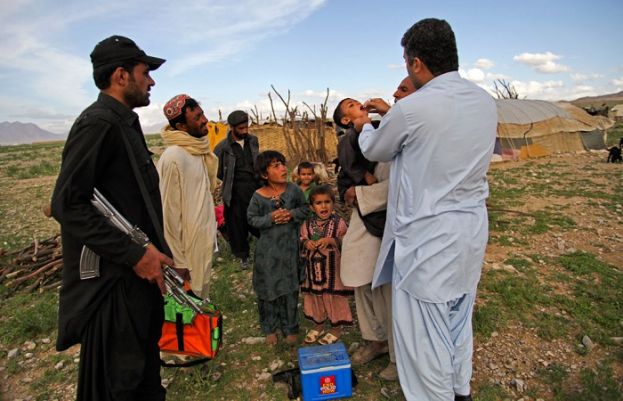 PESHAWAR: The Khasadar and levies men, after successful dialogues with The XI Corps, have agreed to end the boycott and provide security to the anti-polio campaign in tribal districts. The anti-polio drive kicked off last Monday but it was postponed in most tribal districts after the Khasadar and levies men boycotted to provide security until their 22 point demands list is not accepted by the government.

However, an announcement was made that both the forces will continue their protest camp in Jamrud at Bab-e-Khyber to press the federal and provincial governments for their demands. The members of the core committee of both the paramilitary forces were the part of negotiations held in Peshawar with the security officials who ensured them that their demands will be discussed with the government.

“Brigadier Tariq has very careful heard our 22-point demands list,” announced Mazhar Afridi, the vice chairman of All FATA Khasadar and levies forces core committee. “They have ensured that the demands will be fulfilled.” After which it was decided that they will provide security to the Polio drive in all the tribal districts. Afridi added that from tomorrow (Friday), they will join the polio teams to inoculate the nations’ children against the crippling disease of polio.

The Khyber Pakhtunkhwa Establishment Department on Wednesday has already notified negotiation team at districts level to talk with the protesting Khasasar and Levies forces in all the tribal districts of the province. The terms of reference of the teams will be hold talks with the protesting men and assure them that the merger will bring more opportunities and benefits for them and the government will protect their rights.