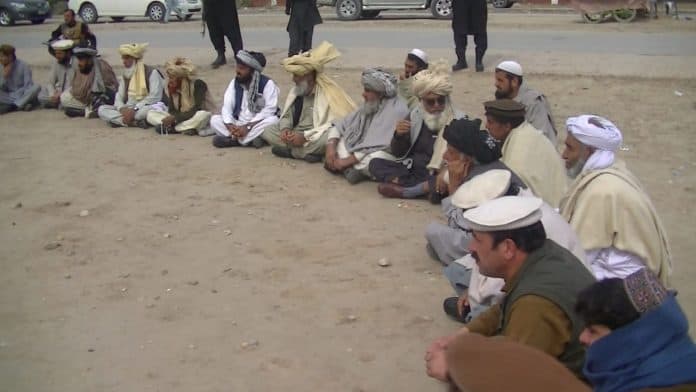 PESHAWAR: Khasadar force decided to oppose the Khyber Pakhtunkhwa government move of merging the paramilitary force with Levies, a grand jirga of Khasadars held at Bannu township unanimously decided on Tuesday. The Jirga maintained that they have a separate historical identity that must be protected in every situation.

The Khasadar force is more of a hereditary and incentive-based force cultivated by the British to address the need of their times. While the Levies force was introduced by the government of Pakistan in 1960. The jirga said that they will oppose the abolishment of the hereditary system in the paramilitary force. However, they said that they will not oppose if the Levies force is merged with them provided that their identity will be maintained.

The representatives of Khasadar force from the Frontier Region (FR) DI Khan, FR Bannu, North Waziristan and South Waziristan participated in the grand jirga. Sobedar major Sayd Jamal, Malik Sher Akbar, Hafiz ur Rahman, Israr Ullah, Sobedar Daud, Sher Wali and others addressed the jirga and stressed the need that since Khasadar force has a historical identity, therefore, it should be maintained in every situation.

They said that a 22 point demands list has been placed before the Khyber Pakhtunkhwa Inspector general of Police but so far, there has been no deliberation even on a single demand.  They said that immediately after the transfer of former IGP, it was announced that Khasadar force will be merged with Levies without taking the elders of the Khasadar force in confidence.

The jirga said that Khasadar force Jawans can perform every duty for the security of their area but it will be difficult for them relinquish the centuries-old hereditary system. The jirga decided that they aren’t ready for any further experiments as they have already performed duty in such a difficult situation.

The jirga decided that they were promised that both the forces, Khasadar and Levies will be merged with KP police and equal salaries and privileges will be provided but now the government has backtracked from their promise. The jirga decided that if the promise was not fulfilled, thousands of Khasadar force will come out on the roads, to protest for their rights.