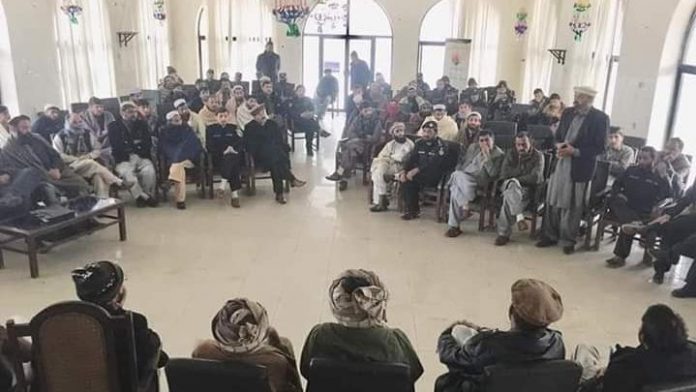 JAMRUD: The issue of integration of Khassadar Force into Khyber Pakhtunkhwa Police has risen again as the Khassadars have demanded the government to fulfil promises made with them.

Participants of the Jirga criticised the KP government and provincial police for the unfulfilled promises. Siad Jalal Wazir said no station house officer (SHO) at any police station will file Roznamcha, FIR or court proceedings till the Khassadars get their rights.

“It has become abundantly necessary to clarify that either we are still Khassadars or policemen. Khassadars had to approach the courts for Shaheed Package, while policemen get the package and all privileges without any hindrance,” he lamented.

He said a movement for rights of Khassadar and Levies personnel will be launched from Orakzai tribal district and rallies will be held in every tribal district. He said the movement will continue till full integration of 28,000 Khassadars into KP Police.

Said Jalal said while talking to TNN that Khassadars are still not fully integrated into KP Police and the provincial government is employing delaying tactics in this regard. He said three months ago, the government had promised to resolve their problems within six weeks, but nothing has been done so far. He said the boycott of official work in the police stations is continuing since Monday and protests will start from tomorrow (Wednesday). He said the first protest will be held in Orakzai and the last one in Waziristan.

Said Jalal said the KP government wants to merge Khassadars with Levies instead of Police through the legislation, which is unacceptable to them.