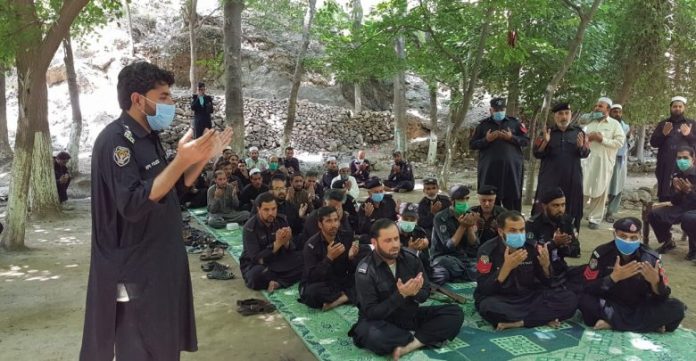 LANDIKOTAL: The personnel of Khassadar force from Shinwari tribe of Khyber tribal district have vowed to continue efforts for getting their due rights at every forum.

An important meeting of Khassadar subedars, naib subedars and havaldars from Shinwari tribe was held at Shinwari Bagh on Thursday in which they decided to form a 10-member committee in the first phase which will meet the tribal elders and All Fata Khassadar Force Committee to present their demands and then finally the demands will be presented before the higher authorities.

The meeting was told that several senior havaldars have been kept deprived of promotion. They said the names of several Khassadars from Shinwari tribe are missing from promotion list. They said there is not even a single officer of the rank of DSP (deputy superintendent of police) from Shinwari tribe and no new appointments have been made in place of retired officials, which is unjust.

The Shinwari tribe Khassadars put signatures on an affidavit to work jointly for their rights and nominated Subedar Munsif Shinwari as head of the negotiations committee. The committee will devise future course of action after negotiations with stakeholders. All options will be utilised for pursuing the genuine demands of Khassadars.

In February 2020, the Khyber Pakhtunkhwa government had formally merged Khassadars and Levies into KP Police.