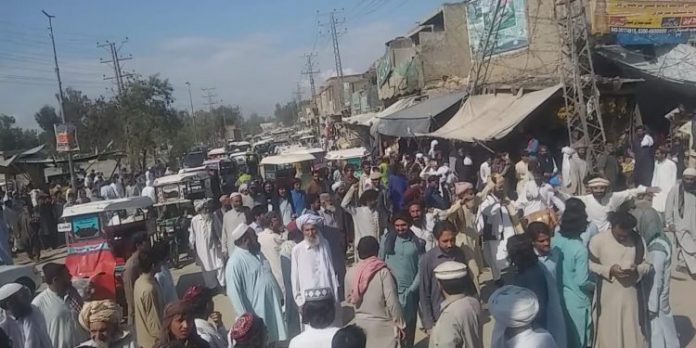 WANA: The Khassadar force personnel of South Waziristan tribal district on Thursday staged a protest demonstration over not receiving their salaries.

During the protest at Kashmir Chowk, the Khassadar force personnel from Mehsud tribe announced boycott of the security duties during the upcoming anti-polio vaccination campaign. They also held a rally from the Political Compound towards Kashmir Chowk.

The protesting Khassadars said their salaries have not been paid for the last nine months due to which they are facing a lot of problems. They said they are unable to fulfil the basic needs of their families and they cannot tolerate further injustice.

The Khassadars said the government was subjecting them to hostile attitude after the merger of erstwhile Fata with Khyber Pakhtunkhwa and now they are facing uncertainty about their future. They said that due to lack of money, they cannot feed their families and they are facing a very difficult situation.

The protesting personnel said the polio vaccination boycott will continue till payment of all pending salaries. They said they will also stage protest during the expected visit of Prime Minister Imran Khan to South Waziristan on 24 April.

Khyber Pakhtunkhwa Chief Minister Mehmood Khan few days ago announced the integration of Levies and Khassadar force personnel in KP Police. He said the integration process will complete within six months and all their issues will be resolved. However, the issue of pending salaries of the Khassadars is still unresolved.

The boycott was ended on 28 March after the security officials during talks with the representatives of Khassadars and Levies personnel in Peshawar assured them that their genuine demands will be accepted. And then came the announcement by the KP government about the integration of Levies and Khassdars in KP Police.

The fresh boycott announcement by the Khassadars has again put the vaccination campaign in South Waziristan in jeopardy.