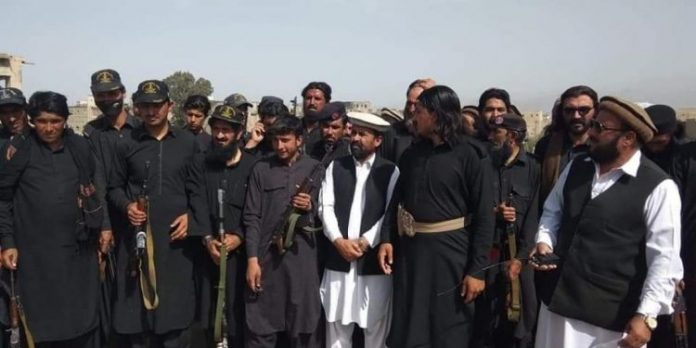 WANA: About 1,400 Khassadar personnel in Wana, headquarters of South Waziristan tribal district, have vacated their check posts and left duties in protest against not receiving their salaries.

The protesting Khassadars have refused to perform their duty till payment of their pending salaries. Subedars Umar Khan Wazir, Rasool Jan Wazir and Salam Wazir from Ahmedzai Wazir, Sulemankhel and Dotani tribes told media persons that it has become impossible for them to arrange food and other basic facilities for their families. They said they are also withdrawing their children from schools as they cannot pay fee.

Khassadars said they have initiated their protest by vacating check posts in Wana and the agitation will continue till resolution of the issue. The subedars said their salaries have not been paid for the last 10 months due to which their families are going through a very difficult time. They said they are compelled to remove their children from schools as they cannot pay for their fee and other requirements.

The protesting personnel said they have offered many sacrifices in the war against terrorism and they were standing shoulder to shoulder with the Pakistan Army during the war. However, they said, instead of rewarding the Khassadars, the government has blocked their salaries, which is a sheer injustice.

Additional Deputy Commissioner Dil Nawaz said he is holding talks and trying his best to bring Khassadars back to the check posts. He said work on the salaries of Khassadars has been completed and they will get it within few days. He said a problem has surfaced in salary payment system. He said some Khassadars have died and their salaries come through computerised procedure which is creating problems. He said he is making efforts to arrange one-time cash payment of the salaries and sort out the problem of computerised payment later on.

The Khassadars had also boycotted the recent polio vaccination campaign in Wana sub-division due to which about 50,000 children in the area missed the vaccination.

It is important to note that the Levies personnel are not participating in the protest of Khassadars and they are performing their duties as usual.