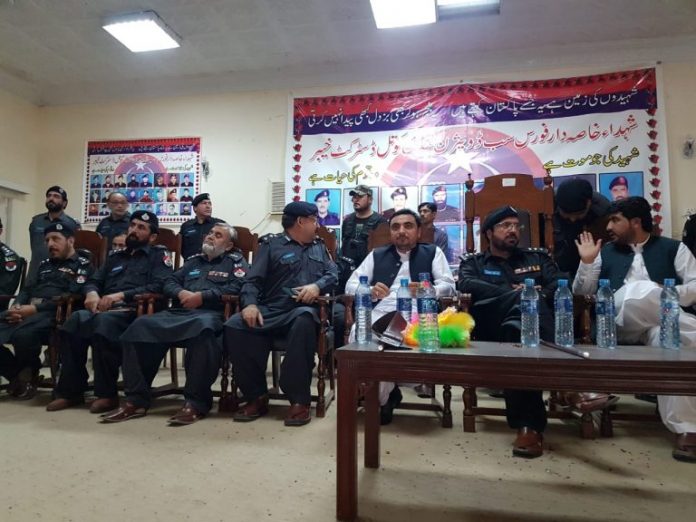 LANDI KOTAL: After Bajaur and Mohmand, a protest jirga was also held in Jirga Hall in Landi Kotal against Khassadars and Levies forces bills passed by the provincial assembly last week.

MPA Al-hajj Shafiq Sher said that history of sacrifices of the Khasadar Force is very old. He added that from 1919 to 2019, Khassadars force history is full of sacrifices. Therefore, the government should bring them under the KP Police Act 2017 in exchange for their sacrifices and best interests of the people of the area. “We are with the Khasadars and levies forces and will not hesitate from any sacrifice and will raise voice for them on the floor of the assembly,” he assured the Jirga members.

Speaking on the occasion, Khasadar Force action committee Chairman Syed Jalal Wazir said that District Police Officer (DPO) is a guest and that he respects him but Khasadars are no more under his control. He asked the policemen deployed in all tribal districts to leave the districts within 24 hours.

Jalal said KP government has deviated from 22-point agenda. He added that under the new act Khassadars and levies men were not provided perks and privities at par with KP police thus they will never accept the new regulations and will continue protest until their demands are accepted.

Jalal said that the new regulations have restored the old system which is not acceptable to them. He added they were promised they will be merged with KP Police, will be provided with their power and authority as well as all their privileges but now the government has backtracked from its promise.

Syed Jalal said that last protest will be held in Waziristan where they will make important announcements.