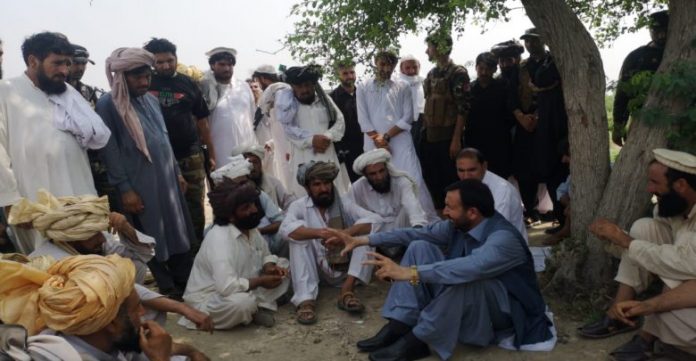 PESHAWAR: All Khassadar Force Committee has given a deadline till September 13 to the government for acceptance of their demands.

The deadline was given at a meeting of All Khassadar Force at Bagh-e-Naran Peshawar which was chaired by Said Jalal Wazir. Khassadar Force personnel from all tribal districts participated in the meeting.

Said Jalal said during the meeting that the Khyber Pakhtunkhwa government and Khassadar personnel had agreed on a 22-point agenda after merger of erstwhile Fata with KP. He said it was agreed that Khassadars will be merged into KP Police. He said it was decided during the meeting headed by the KP government spokesman Ajmal Wazir at 11 Corps that Khassadars will get all the privileges and facilities like police. However, Said Jalal said, nothing happened during the last one year and Khassadars continued to face uncertainty.

Khassadar and Levies Act, 2019 has been approved by the provincial cabinet and they are preparing it to table it in the KP Assembly, but this bill is not acceptable to Khassadars.

He said while talking to TNN that Khassadars performed polio security duties and other responsibilities in all parts of tribal districts with dedication during the last one year, but they did not get service book or other privileges.

The Khassadar Committee chairman said he has convened a grand jirga over the matter on September 13 in Bajaur in which local lawmakers, tribal elders and youth have been invited. He said the agreement reached between the Khassadars and KP government will be presented in the Jirga. He said the government should implement the 22-point agreement in letter and spirit if it is serious in merger Khassadars into KP Police. He said the Khassadars will lodge FIRs in all police stations of tribal districts if their demands were not accepted by September 13.

Said Jalal said the 39 police officers in tribal districts who have been brought from other areas must go back to their stations, otherwise they will be expelled forcibly.

The KP government had assured over 25,000 Khassadar and Levies personnel to merge them into KP Police and give them all privileges of police, but that assurance hasn’t been implemented yet.