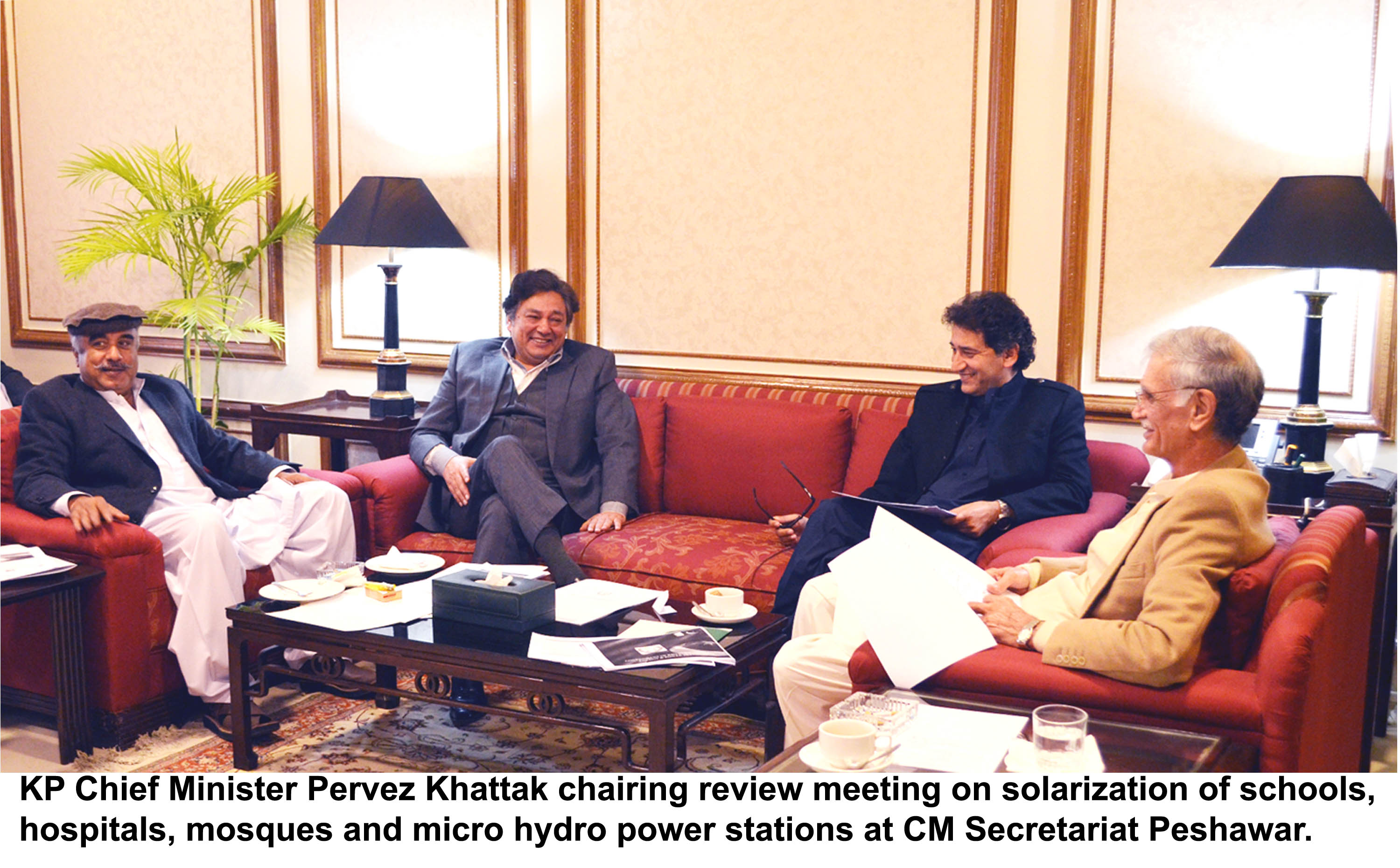 PESHAWAR, 03 January: The Khyber Pakhtunkhwa Chief Minister Pervez Khattak has directed the relevant authorities to complete the solarization process of 4000 mosques in the province before May.

Presiding over a meeting in Chief Minister Secretariat, here on Wednesday, the chief minister said that the process should be completed in two phases.

Secretary of the Energy department Muhammad Naeem Khan informed the meeting that tender for the project would be advertised till the end of the current month. He hoped that solar panels would be provided to all the 4000 designated mosques well before the month of May.

The chief minister further directed that the process for the solarization of 8000 public sector schools and 5600 houses should also be commenced at the earliest.

The chief minister regretted the denial of connectivity to the electricity produced by the Khyber Pakhtunkhwa government from different hydel power projects and the delaying tactics for the power purchasing agreement by WAPDA.

He said that the denial by WAPDA to put the hydel power into the main grid and the delay to make a power purchasing agreement led to the conclusion that the authority was not interested in the welfare of public. He added that the elements behind the move were interested for the purchase of expensive electricity that would further overburden the poor masses. He said he would take the matter to the Council of Common Interests (CCI).