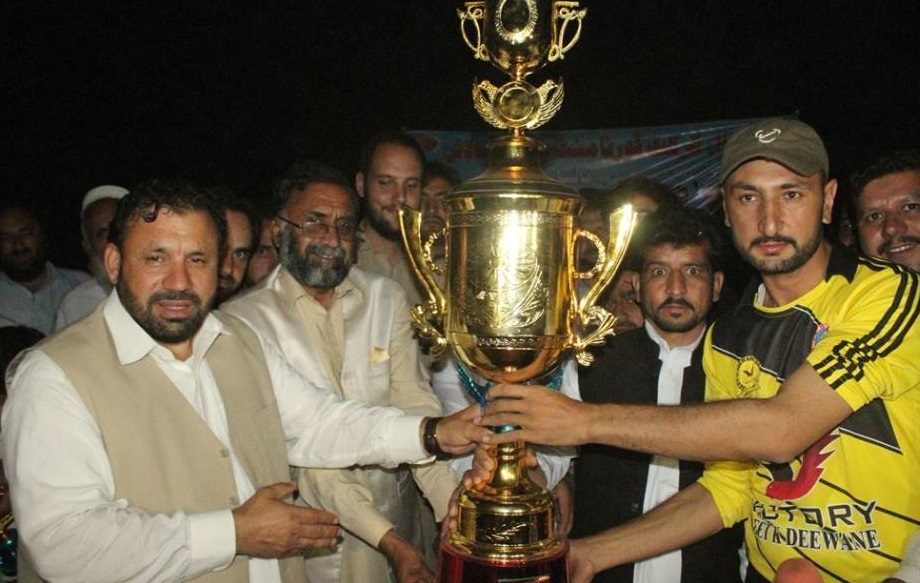 The final of the tournament was played between Nari Shah Cricket Club and Dewane Oski team, which the later won by five wickets after a nail-biting contest.

The Nari Shah team while batting first, scored 114 runs for the loss of four wickets in the allotted ten overs. The Dewane Oski team achieved the target in the final over of their inning.

Provincial Finance Minister Muzafar Said advocate was the chief guest of the concluding ceremony. He distributed trophies and cash prizes among the players of the finalist teams. The chief guest also announced Rs200,000 for the organizers of the event.

The tournament continued for three months in which as many as 40 teams from all over the Lower Dir district participated.