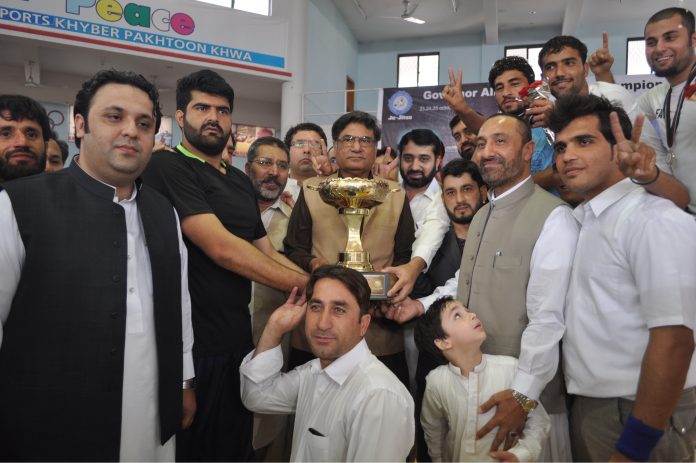 PESHAWAR, October 25: The Khyber Agency B team has won the Governor’s All FATA Jujutsu Championship.

During the Jujutsu fights at Peshawar Sports Complex, the Khyber Agency B team won four gold, two silver and one bronze medals, along with 85 points, and thus secured the first position.

The Khyber Agency A team achieved the second position with 75 points, in addition to three gold and as many silver medals.

The Bajaur Agency team got the third position by winning one gold, two silver and one bronze medals.

About 150 players from all the seven tribal agencies and Frontier Regions participated in the championship, organised by the Directorate of Sports and FATA Jujutsu Association in the provincial capital.