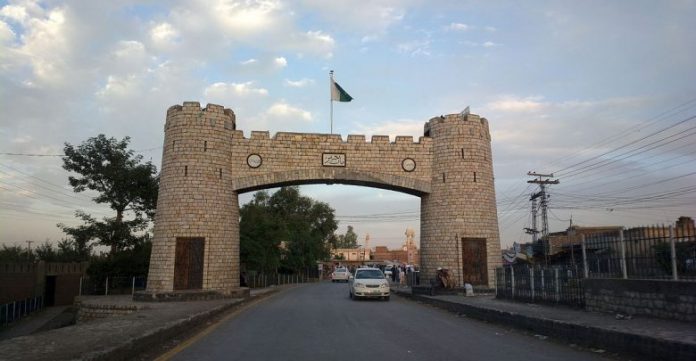 Chairing a meeting of provincial task force on merged districts in Peshawar, Mahmood Khan directed to start land acquisition for establishment of sports complex on the proposed site in Khyber district. Upon the demand of people, the chief minister directed to provide dedicated tehsildar for Citizen Losses Compensation Package survey in the district.

The meeting was informed that economic development plan for merged districts had been finalised under which 30 different projects in various potential sectors have been proposed to be implemented at an estimated cost of Rs65 billion. It was told that employment opportunities would be provided to locals in various sectors whereas under the plan around 75,000 individuals would be trained in various vocational skills and 50,000 scholarships were also expected to assist the skill development in various sectors.

The forum was told that new tourist destinations will be developed in Khyber, Kurram, South Wazirstan and North Wazirstan that will create thousands of jobs in tourism and allied industries. It was informed that all line departments have been established and absorption of Levies and Khassadar personnel in KP Police has been completed. Citizen facilitation centres are operational in all three sub divisions of Khyber district whereas three new police stations have been setup in the district and 670 police personnel have been imparted training during the last one year.

Mahmood Khan supported the proposal of launching Safari Bus Service to promote tourism activities in Khyber, and directed the relevant quarters to take steps in this regard.

The meeting decided to construct 15 kilometres road from Dogra to Mamnori to connect Khyber and Orakzai districts.