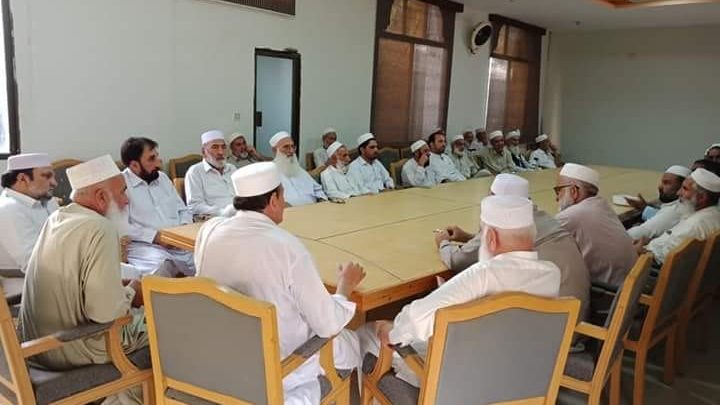 PESHAWAR: The elders of Khyber tribal district have once again rejected the merger of Fata with Khyber Pakhtunkhwa and demanded a status of separate province for the tribal districts.

The demand was made at a meeting of elders of Afridi, Mallagori, Shinwari and Shalmani tribes hailing from Landikotal, Bara and Jamrud tehsils at Khyber House Peshawar on Monday.

The tribal elders said in a joint statement after the Jirga that the government should desist from imposing decisions on the tribal people. They said some elements with the announcement of merger, some people have started obtaining fake documents for usurping the lands adjacent to Khyber tribal district by approaching the courts, which tantamount to tribal enmity. They said the tribal people will resist this move come what may.

The elders said the treatment mated out to Khassadar force personnel was condemnable and a protest will be staged in Peshawar over this issue. They said the newly introduced law for tribal districts is even worse than the Frontier Crimes Regulation (FCR) and the tribal people will oppose it.

The joint statement said the tribal people will continue their struggle for Qabailistan province. They said they will meet the elected representatives of tribal districts after their oath-taking and will also meet Imran Khan after he takes oath as prime minister to inform him about their reservations.