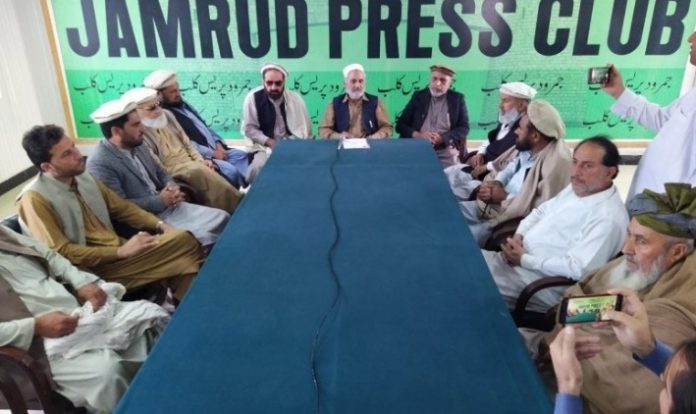 Khyber Qaumi Jirga has announced to boycott upcoming local bodies polls in the province over its reservation related to the National Census.

Mr Afridi and other elders at this occasion said that they will stage a huge sit-in Islamabad against the Fata merger in March next year.

The elders termed the Fata merger was imposed on tribesmen. “Tribal elders were not consulted about the merger and they had rejected it on day first,” the elders said.

They said that time was not opportune for holding local bodies polls as thousands of people were across Fata were still displaced.

These displaced persons should be repatriated first, they demanded.

They said that they were boycotting the LB polls due to the fact that population census was not properly done in the Fata.

The elders said that the security situation in the region had deteriorated and government should establish peace.

At this occasion, the elders also announced run a door to door campaign to press for elections boycott. “Khyber Qaumi jirga will hold protests in Jamrud and other parts of Fata to push for boycott of polls,” the elders said.

They also demanded the apex court to announce its verdict on a petition against the Fata merger. “Fata’s previous administrative and legal status should be restored,” the elders added.