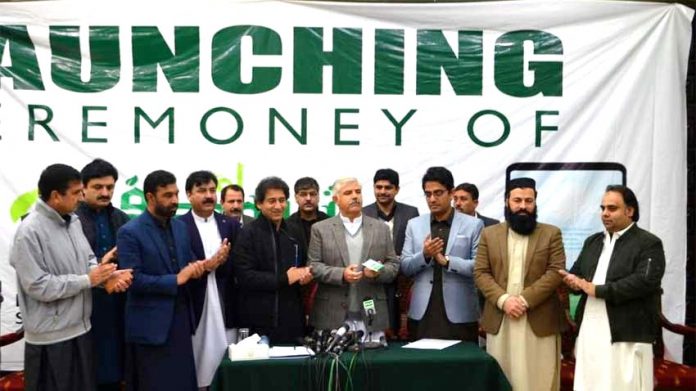 He was addressing the launch of ‘clean and green App’ function at Chief Minister House on Tuesday.

Mahmood Khan said that now the people will enjoy a say in the entire drive for clean and green activities. The government, he assured, would focus to address the weaknesses to be identified by the people and there would be a strict monitoring mechanism.

Chief Minister added that his government is committed to the elimination of corruption, corrupt practices, irregularities and favouratism.

The governance system needed to be put on modern lines for which the induction of new and modern technology is necessary, he added.

Mahmood Khan said that it is unique approach to induct the modern technology into the social welfare and the overall prosperity of people.

Chief Minister assured to induct academia into the modern technologies introduction process and would empower the IT and ST Departments to coup with the futuristic challenges.

He claimed that his government has took lead in introducing the technology into the system of resolving environmental related problems.

“This is what the vision of Imran Khan is to give the new generation a green and clean Pakistan,” said the chief minister.

Special Assistant to Chief Minister on IT Kamran Bangash also shed light on the clean and green drive adding that the technological induction would lead to greater public participation.

“The people will have a forum to register their complaints which the responsible institutions would see and take steps to address them,” said Bangash.