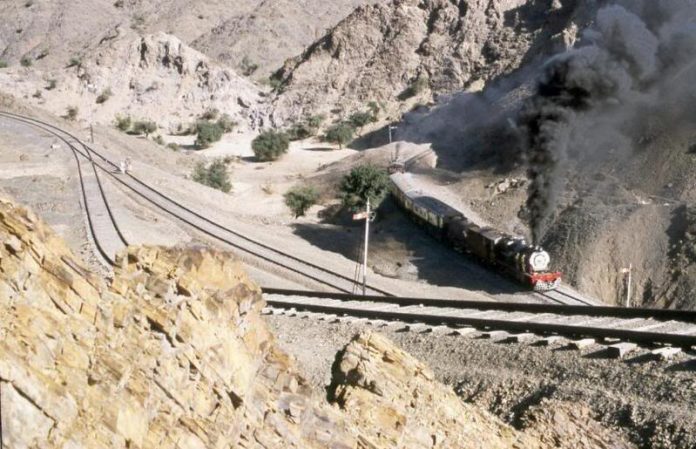 KHYBER, October 18: The railway line traversing the tough mountains of Khyber Agency is considered by many a wonder, but the track has been in a shambles for the last several years.

The rail track between Peshawar district of Khyber Pakhtunkhwa and Landikotal tehsil of Khyber Agency is 27 kilometres in length and is considered an engineering marvel.

A known poet and researcher, Mr Muqadar Shah Muqadar, told TNN that the railway line passes through 34 tunnels and 92 bridges. He said the first train travelled on this track on 23 April, 1926.

“The railway line was laid between 1921 and 1925 and it had cost 210 million rupees in those times when this was considered one of the wonders of the world,” he added.

The local tribesmen said the reconstruction and renovation of the railway line would promote tourism in Khyber Agency.

“If the tourism sector improves in the historical Khyber Agency, it will boost trade in the area. In the past, many used to visit the area when the railway line was in working condition,” said a resident of the agency.

The government used to run the Khyber Safari train between Peshawar and Landikotal for tourists in the past. The last Safari train plied the track in the year 2006.