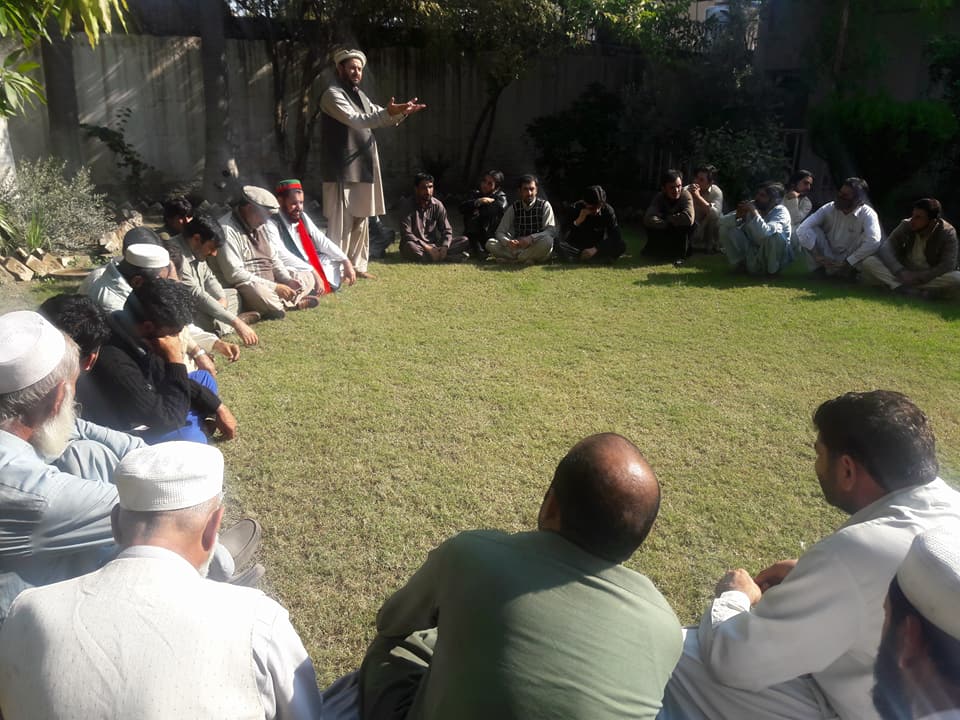 PESHAWAR, 20 November: Pakistan Tehreek-e-Insaf (PTI) leader from the Khyber Agency Iqbal Afridi has alleged that massive corruption is being committed in the assessment surveys of demolished houses in the agency.

Speaking at a news conference in Peshawar press club on Monday here, he alleged that the surveying teams headed by political tehsildar Bara, Ghuncha Gul had been taking Rs100,000 as kickbacks from the tribesmen for including their houses in the lists.

The PTI leader further alleged that corruption worth Rs120 million was being committed at the Torkham border on daily basis, adding nobody was taking notice of this.

“We demand from the government and the NAB authorities to take action against the officials involved in corruption. I will provide all proofs to the authorities,” he offered.

Iqbal Afridi threatened that if the government and the NAB authorities did not take notice of what he called massive corruption, then the affected tribesmen and the PTI workers would hold protest sit-ins in front of Governors House, Khyber House and the press club.

TNN tried to reach political tehsildar Ghuncha Gul and know his version but he couldn’t be traced. A source in the tehsildar office however said Gul could be reached as he had gone to Tirah for conducting surveys of damaged houses.