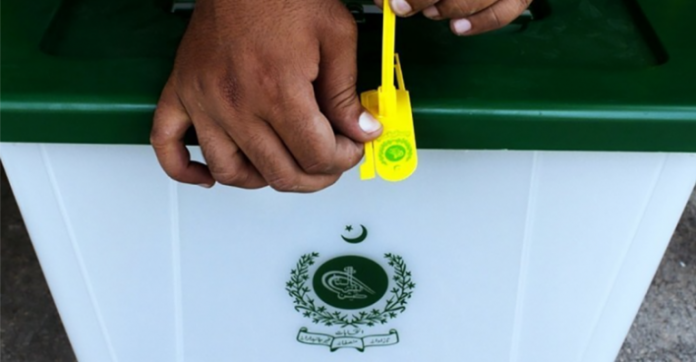 BARA: The Khyber Union, a group working for the rights of people of merged tribal districts, has reiterated its support to Hameedullah Jan Afridi in the upcoming provincial polls.

The Union former president Muhammad Siddique said in a statement that the political opponents of former federal minister Hameedullah Jan Afridi are using the ban on distribution of Sehat Insaf Cards in Hujras (male guest houses) as propaganda against him. He said the Election Commission of Pakistan (ECP) has banned the distribution of Sehat Inaf Cards in Hujras after which the opponents have initiated propaganda against Hameedullah Jan Afridi. He alleged that the propaganda was carried out under a well thought out plan to defame Hameedullah Jan Afridi. He further alleged that the supporters of a sitting Member National Assembly and some former political maneuverers are behind this propaganda campaign.

Muhammad Siddique said the opponents were indulging in negative tactics for political gains, but there are destined to fail. He alleged that the sitting MNA is showing no regard to the Election Commission ban and he is openly participating in the election campaign of his party candidate. He demanded the Election Commission to take notice of the matter.

The Khyber Union leader said despite all conspiracies, the win of the Union candidate Hameedullah Jan Afridi is certain in the upcoming elections. He appealed to the people of Bara to stay away from the propaganda campaign and foil the plot of political maneuverers.

Opponents of the ruling Pakistan Tehreek-e-Insaf (PTI) blame that the rulers are using Sehat Insaf Cards as bribe to get support of voters in the upcoming provincial polls in the merged districts. The ruling party rejects the charges and says it is just following its programme of providing maximum facilities to the people of tribal districts according to its manifesto.

Elections on 16 general seats of Khyber Pakhtunkhwa Assembly for tribal districts will be held on July 20. Previously, the polls were scheduled for July 2, but the exercise was delayed by 18 days by the ECP upon the request of the KP government due to some administrative and security issues.