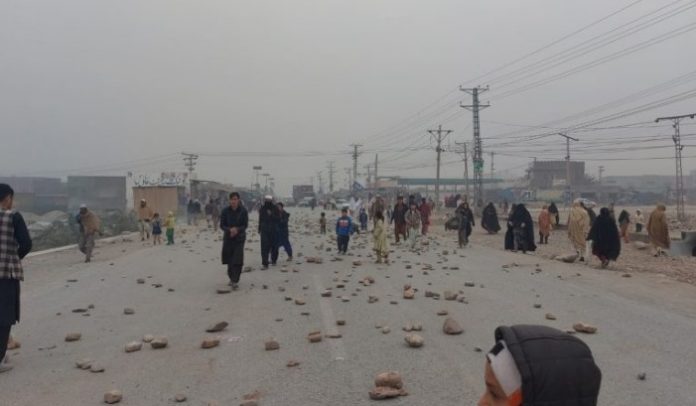 Women in the Khyber district on Saturday staged a sit-in against the prolonged load shedding in the area.

The protest women from Ghariaaza area staged a sit-in at the Takhta Baig and closed the road for traffic against the power cuts.

They said that their area was facing prolonged power cuts for past one month which has made their lives miserable.

The protesters vowed that their sit-in will continue till authorities agree to their demand for a separate feeder and six hours uninterrupted power supply.

The women said that prolonged outages in the area literally crippled their daily lives. They also criticized both the area elected representatives and government for failing to public problems.

The protesters said that this apathy from representatives as well as government was adding to their woes.

Earlier this week, women in Lakki Marwat district had also staged protest against prolonged load shedding in the area.