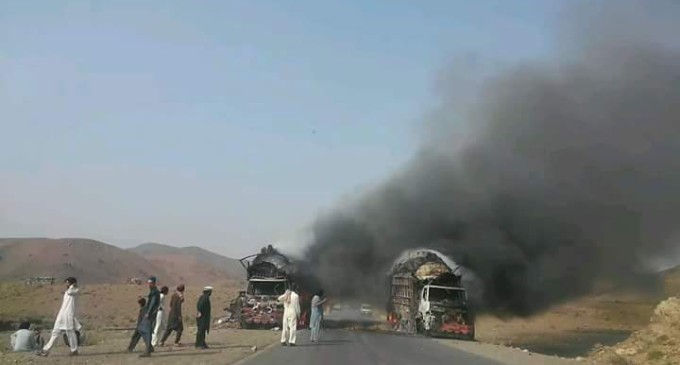 WANA, 16 November: Three truck drivers, who were kidnapped from South Waziristan Agency in September, have been released.

Unknown militants had set fire to trucks carrying apples towards Dera Ismail Khan on the Gomal Zam road near Karkanre area on 23 September and kidnapped three drivers. The drivers reached their houses on Tuesday.

Assistant Political Agent Wana Niaz Muhammad said the administration has no information about the circumstances in which the drivers were kidnapped and released. He said the released drives will be interrogated.

Tension prevailed between Wazir and Dotani tribes after the kidnapping of the drivers. The transporters of Ahmedzai Wazir tribe and people of Wana had also held several protests for the release of the kidnapped drivers.