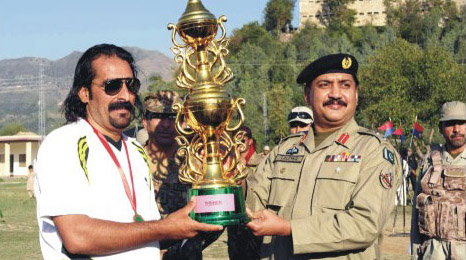 At the final match on Ghundai ground, the King Khan team beat the Asmat Eleven by three wickets. The tournament played on knock-out system continued for a month and a total of 102 teams from all over Lower Dir district participated in the event.