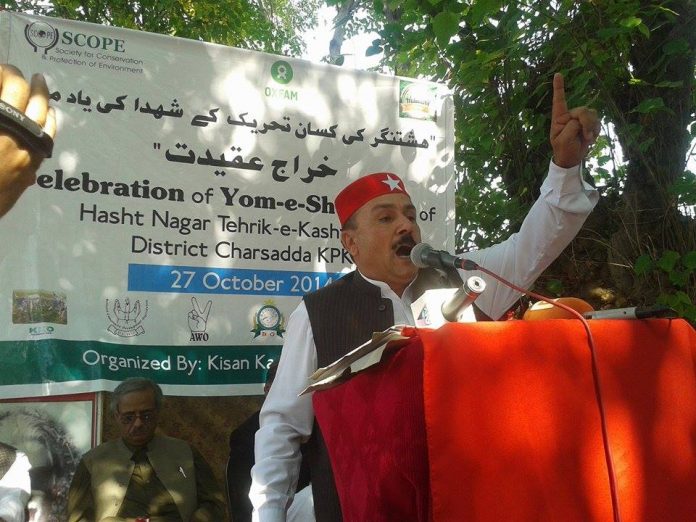 Leaders of the Kisan Tehrik (peasants’ movement) told the farmers, gathered at the Shakoor village in Hishtnagar that if they wanted their rights to be fulfilled, they needed to unite and cooperate with each other.

The society will continue to witness economic and class-based issues till the labourer here is given proper wages and the tailor, clerk, etc are respected. The working class needs to unite for their rights, whether are in Khyber Pakhtunkhwa, Punjab or anywhere else in the country,” stated Mr Fanoos Gujjar, who head Awami Workers Party.

On the occasion, the leaders said that Afzal Bangash and his companions had started the movement against the feudal lords in Charsadda during the era of ZA Bhutto, the founding leader of Pakistan People’s Party and they had demanded that people who owned lands more than they required should give the same to the labour class as well.