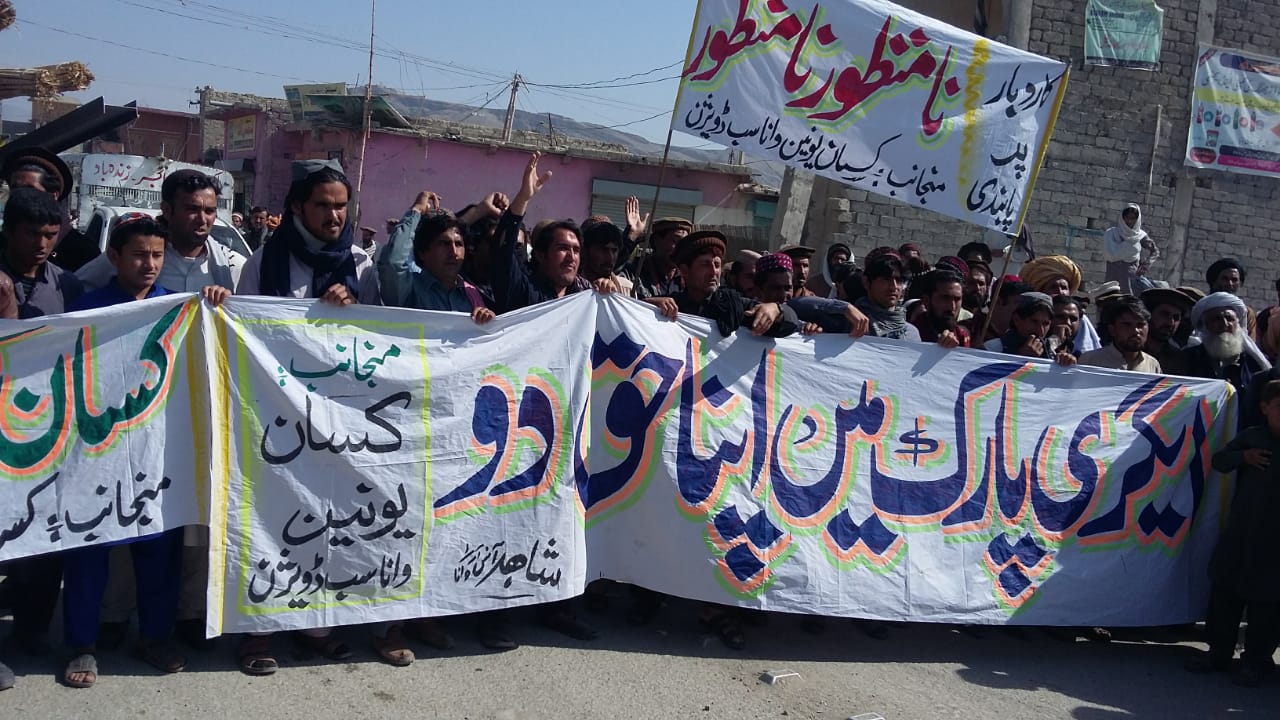 WANA: The Kisan Union in Wana, South Waziristan tribal district, on Friday staged a protest demonstration over denial of their share in the Agriculture Park.

The protesting farmers alleged that the officials have handed over the control of the Agriculture Park to their favourite persons and real farmers have been ignored. They said they will continue their protest till getting their rightful share in the Agriculture Park.

The Agriculture Park in Wana has been established with huge funds and the government few days ago shifted all the vegetable markets of Wana to the park. However, the members of Kisan Union and few owners of vegetable markets are unhappy over handing over the park to a few blue eyed people. They argue that the real representatives of the farmers have been ignored by the government which forced them to stage protest. They said they have been raising objections over the issue recently, but no one listened to them.