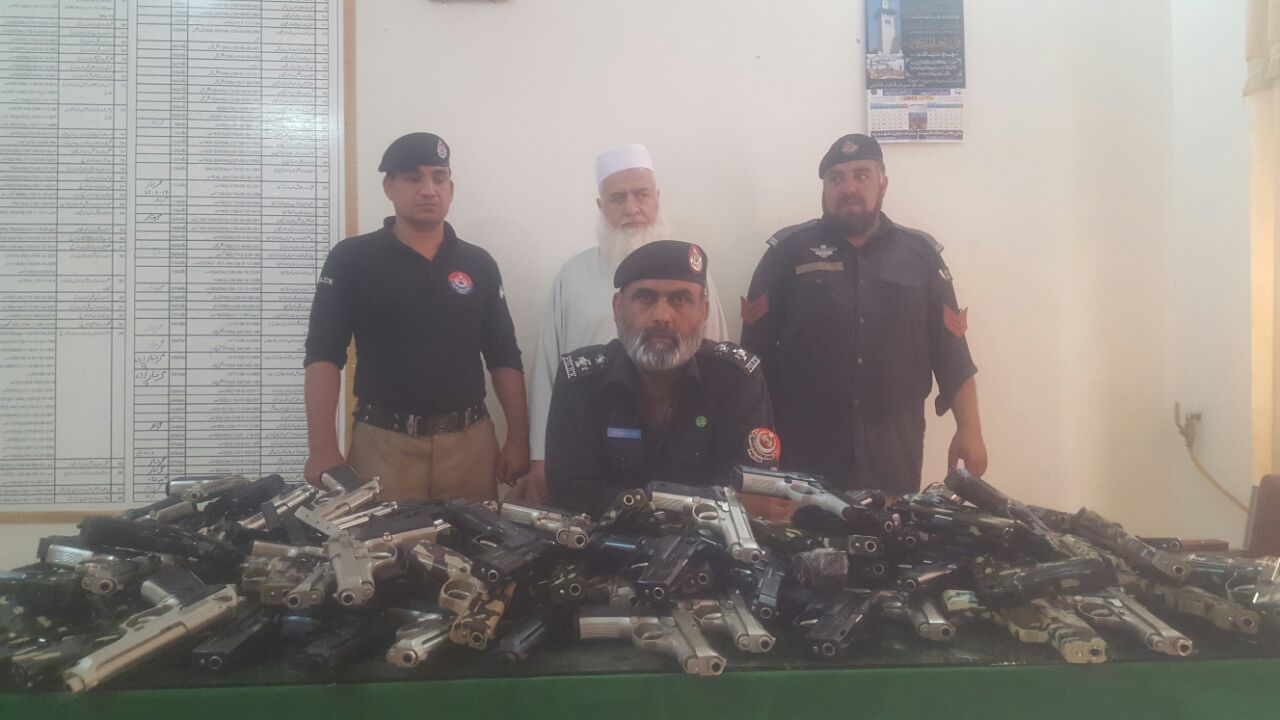 KOHAT, 22 October: The police on Sunday claimed to have recovered weapons from a car and arrested two persons in the jurisdiction of Riaz Shaheed police station.

They said that a police team while acting on a tip off signaled a car on Kohat Highway to stop.

The police during search recovered around 105 9mm pistols from secret cavities of the car that was being reportedly smuggled from Darra Adamkhel to Waziristan.

The police said that two persons identified as Habibur Rahman and Abdus Salam were arrested.