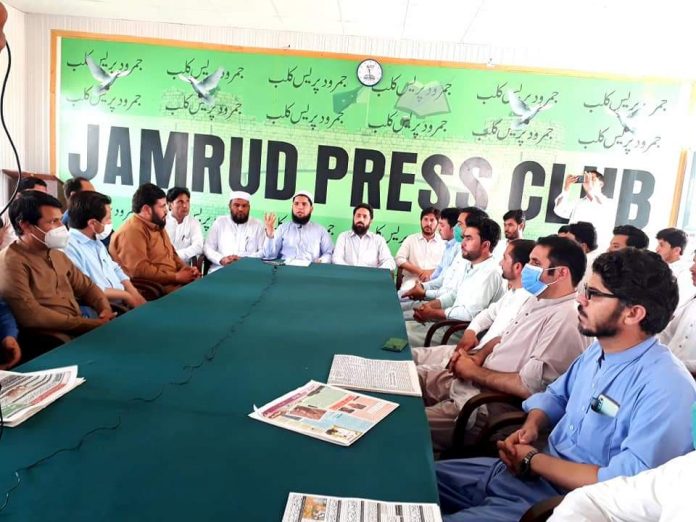 JAMRUD: The youth of Kokikel, Tirah have demanded honourable return of the displaced people and payment of compensation for damages due to militancy and military operations.

Addressing a press conference at Jamrud Press Club on Thursday, president of Zwan Kokikhel Ittehad (Kokikhel Youth Alliance) Siddique Afridi along with other leaders called upon Chief of Army Staff (COAS) General Qamar Javed Bajwa to issue orders of repatriation of displaced people of Tirah, Kokikhel. He said the affected people of Tirah must be given compensation package on the pattern of Malakand Division and Waziristan.

Siddique Afridi said the affected people returning to their areas will need support from the government to build their houses. He said the displaced people must also be given transport facility, fare and ration for at least one year so that they could get support for their rehabilitation. He said the displaced people of Tirah, Kokikhel are living a miserable life due to displacement from their area for the last eight years. He said about 22,000 families were displaced from the area, but they did not get the status of temporarily displaced persons (TDPs) during the last eight years.

The youth leader alleged that Kokikhel tribesmen were used by some vested interests for personal gains and they were deserted when they needed help. However, he said, this injustice will not be allowed again and the youth of the area will now rise to protect their rights.

Siddique Afridi said Kokikhel was the only tribe in the whole area where there was no banned outfit. He said the Kokikhel tribesmen must be rewarded for their unflinching loyalty with the state and sacrifices for the security of the country. He also alleged that the forests in the area of Kokikhel tribe in Rajgal are being cut and their properties are being confiscated. He warned that the situation may go out of hand if timely measures were not taken by the government to stop this injustice.