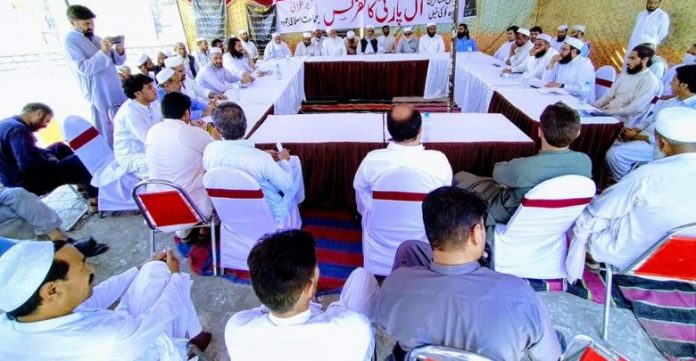 LANDIKOTAL: An all parties conference was held at the protest camp of the Jamaat-e-Islami (JI) in Khyber tribal district on Sunday during which the representatives of different parties demanded the status of temporarily displaced persons (TDPs) for the affectees of Kokikhel in Rajgal, Tirah.

Participants of the conference demanded the government to ensure early return of the displaced people of Rajgal, Tirah, and give them compensation package on the pattern of package given to the affected people of Malakand Division and North Waziristan tribal district.

Participants of the conference said the families affected from militancy in Tirah, Kokikhel are spending a miserable life of displacement after leaving their areas eight years ago. They said it is very unfortunate that the Kokikhel affected people haven’t been given the status of TDPs by the government. They alleged that the money and relief goods meant for the affected people of Kokikhel were usurped and it did not reach the deserving people.

The Kokikhel tribesmen also alleged that their forests are being cut illegally and their lands are being occupied. They demanded the government to intervene, otherwise, the responsibility of the circumstances will rest with the government if the situation goes out of control.

The tribesmen said the returning people must be provided camps and cash and ration for at least one year. They warned of launching a protest movement if their demands were not accepted.