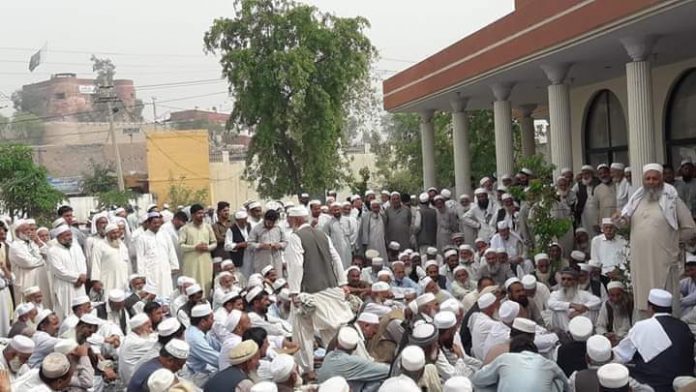 BARA: The Kokikhel Committee of Khyber tribal district has called upon the government to take steps for honourable repatriation of temporarily displaced persons (TDPs) of Tirah Rajgal.

The demand was made at a Jirga of Kokikhel Committee at Tehsil Jirga Hall headed by Malik Naseer Kokikhel on Thursday. Malik Salahuddin Kokikhel, Malik Zeena Gul, Malik Naseeb and other area elders and youth also attended the Jirga.

The tribal elders said at the Jirga that the displaced people of Tirah Rajgal used to receive Ramazan package and Eid package before the merger of Fata with Khyber Pakhtunkhwa, but that has also come to an end. They said the situation of the affectees of Tirah Rajgal has gone from bad to worse after the merger and they are getting nothing from the government.

The local elders said they will initiate a movement for repatriation of Tirah Rajgal affectees after Eid. They said the government and Pakistan Army should take steps to ensure return of the affected persons without further delay.

The Jirga members said the people affected from militancy and military operations have returned to their native areas from Bajaur to Waziristan, but Kokikhel tribespeople from Tirah Rajgal are still displaced and no one is listening to them. They said the area of Kokikhel tribe should also be cleared of landmines and development projects should be initiated there. Landmines is a very pressing issue in the tribal districts as several innocent people have lost lives and sustained injuries in such blasts. They said the people of Kokikhel tribe must be compensated for their damages. The elders said the affectees of Tirah Rajgal also deserve treatment like other citizens of the country. They said the people of the tribal districts are now entitled to all rights and privileges after merger with KP.

The Jirga members said they will be compelled to stage protests if their genuine demands were not met. They said their protest strategy will also include a sit-in at D-Chowk in Islamabad.

The Kokikhel elders said Prime Minister Imran Khan, Army Chief, and Corps Commander Peshawar must take notice of the issue and resolve problems of the affectees without further delay.