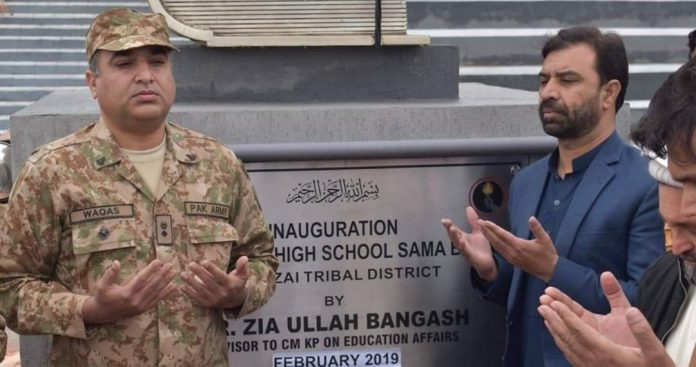 During his visit, the adviser on education reviewed facilities for students and teachers at the government educational institutions and also met the local elders and Jirga representatives.

Addressing the inauguration ceremony of schools, Mr Bangash said the Independent Monitoring Unit will be extended to Orakzai tribal district. He said teaching staff at the Cadet College and other educational institutions will be appointed purely on merit basis and all facilities will be provided to the students.

The Pakistan Tehreek-e-Insaf (PTI) government after coming into power in the Centre and KP has expedited the process of merger of the erstwhile Fata with KP. The provincial government has made a schedule for the visit of different ministers to the tribal districts. Several ministers, including Chief Minister Mehmood Khan, have visited the tribal districts so far and announced various initiatives and the scheduled visits will continue in future.