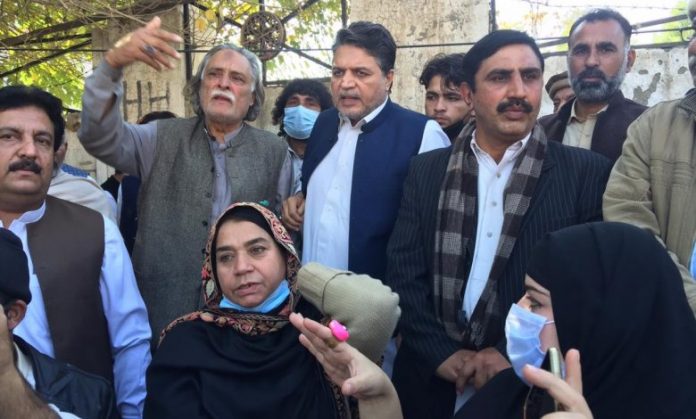 PESHAWAR: Artists associated with television, radio and theatre in Khyber Pakhtunkhwa on Wednesday staged a protest demonstration outside Peshawar Press Club over the provincial government’s indifference towards their problems during the coronavirus pandemic.

Many artists from showbiz participated in the protest. The protesters were of the opinion that the coronavirus pandemic has also affected businesses in KP like rest of the world. They said people associated with showbiz are also perturbed over the situation of restrictions and their business has been affected. They said majority of artists have lost their source of income or they have to work on reduced income.

Famous TV artist Sultan Hussain said while talking to TNN that corona affected their work and now they are not getting work like the pre-corona times. He said most of artists are facing financial crisis due to loss of income. They said the situation is going from bad to worse with passage of time as they have already consumed their savings and now they fear that they would be unable to feed their families if the current situation did not improve immediately.

Sultan Hussain said the provincial government had made announcements about financial help with artists, but nothing was done practically. He said now is the time for the government to come forward to help the showbiz people as they are looking for help more than ever before. He said the artists don’t know what they will do to support their families during these difficult times. He said the government must at least open Nishtar Hall in Peshawar to enable the artists to perform their and earn livelihood.

TV artist Imtiaz Ahmed said artists did not get financial assistant under Ehsaas program or health cards. He said the provincial government had announced Rs250 million fund for artists, but nothing was dong practically. He said no programs are being produced in TV and radio, while Nishtar Hall has also been closed.

Imtiaz Ahmed said after finding no work and failing to get any assistance, the artists had no other option but to hold protest to convey their grievances to the government.