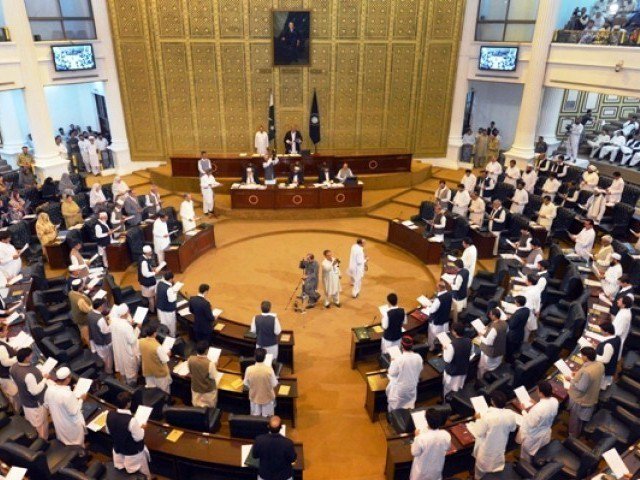 PESHAWAR: The Frontier Crimes Regulation has become a story of the past as the Khyber Pakhtunkhwa (KP) Assembly on Sunday approved the KP-Fata merger bill and paved way for the merger of the Federally Administrated Tribal Areas (Fata) with the province.

The bill was passed with two-thirds majority — a Constitutional prerequisite for the proposed merger whereas 92 lawmakers voted in favour while seven MPAs against the bill.

The areas have been merged with Khyber Pakhtunkhwa that will enable tribal people to get representation in the KP Assembly through the amendment. The approval bring an end to the system based on oppression and injustice as draconian British era regulations have been abolished.

Workers of Jamiat Ulema-e-Islam including those from Fata gathered outside the KP assembly since early morning and staged protest demonstration.

They also pelted stones at the policemen forcing them to resort to baton charge and tear gas them. Dozens of workers were arrested.

They threatened to not let the Fata merger bill approved and chanted as they started burning tires on the road leading to the assembly.

District administration and the police had persistently tried to convince the protesters to vacate the area in front of the main entrance and continue their protest outside the back gate of the assembly. The protesters also pelted media vehicles with stones and injured several journalists.