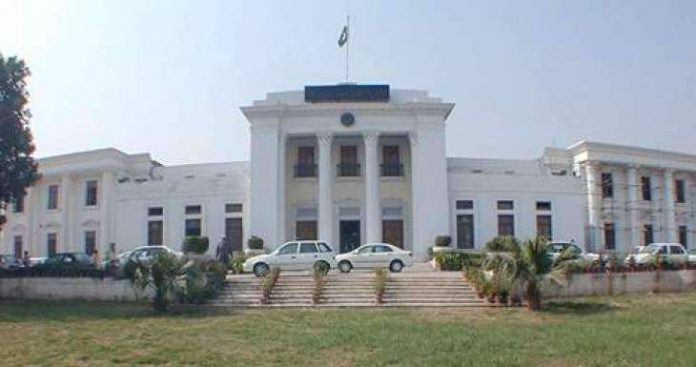 PESHAWAR: Khyber Pakhtunkhwa Assembly on Friday strongly condemned abduction and killing of a three-year-old girl after her rape in Abbottabad district. The assembly demanded an early arrest of the culprit and award of exemplary punishment to him.

Sardar Aurangzaib Nalota of Pakistan Muslim League-Nawaz (PML-N) on a point of order raised the issue that a minor girl was abducted from Havalian area and next day her dead body was found from a drainage line. He said after passage of four-day district police failed to trace and arrest the culprits. Nalota asked the Chief Justice of Pakistan Miaz Saqib Nisar to take suo-moto notice of the incident and provide justice to the family.

Nazir Abbasi of a Pakistan Tehreek-e-Insaf condemned the tragic incident and demanded the House to constitute a committee in this regard.

Minister for Information, Shaukat Yousafzai told the House that investigation is underway.

He added thar KP police was capable to arrest the accused at the earliest saying on the government’s directives they had  traced and arrested the culprits of Asma’s killing in Mardan within few days while taking a clue from a drop of blood. He assured the House that killer of Faryal would also be behind the bar soon.

A three-year-old girl abducted from Kayla village of Havelian last Tuesday, was found dead on Wednesday. The parents of the girl had filed a report with the Havelian police station about her disappearance.  The victim was later laid to rest amid tears and sobs. Police launched a search operation in the area to arrest the culprits.

Chief Minister Mehmood Khan has also ordered the inspector general of police (IGP) for the speedy arrest of the culprits by using all available resources.

Speaker KP Assembly Mushtaq Ghani said that he was in contact and will visit Hawalian to meet with the bereaved family of the girl. The Speaker assured that exemplary punishment would be given the person involved in the incident.