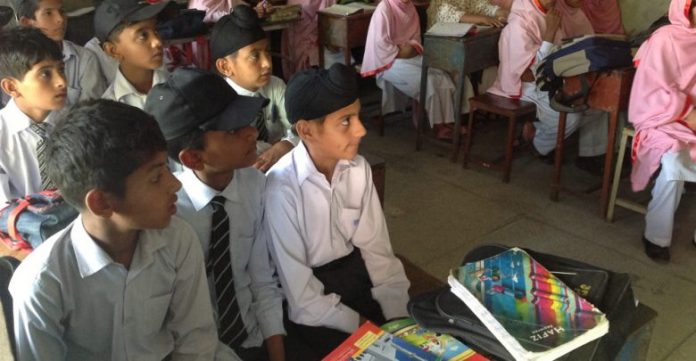 The school will be constructed in Mohallah Jogan Shah, a historical abode of Sikh community in Peshawar city, where the Sikh children will be provided free education under the supervision of Sikh community elders.

The new school will be first of its kind which will be built by a government while run privately by the Sikh community in the city. There is already a school, by the name of ‘Rising hope’ working in the locality, however; it is situated in a rented building due to which the future of the school kids is always in fear. Last year, such an issue was also reported when the owner of the building wanted to shut down the school, however, the government officials intervened and rescued the school for time being.

The Sikh community will provide free of cost land for the school project in Mohallah Jogan Shah. According to sources, Chief Minister KP Mehmood Khan has already approved the proposed scheme for the school.  The proposal for the school constructed was given by the provincial department of Auqaf and religious affairs. The Sikh Community has struggled hard for the construction of their school and hoped that it will be constructed soon.

The provincial government has also allocated Rs 10 million for the construction of Skill development centre for minority’s youth in the province.