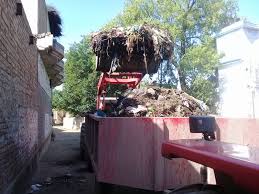 One TMA will be established at each at the sub-divisional level. Tarakai also announced that the first local government election in newly merged areas likely in December for which, he says, the department has geared up its preparation.

The tribal people will be benefiting from municipal services like collection and disposal of solid waste, water and sanitation services, and street-lights after the establishment of TMAs for the first time. The cabinet decision would enable the tribal people of erstwhile FATA to represent themselves in decision making and governance.

The Local Government department in the run-up to the establishment of local governance in the merged districts is speedily working on different measures for empowering the people of the area.

“The Government is committed to bringing tribal districts in the mainstream by providing basic municipal services,” said Shahram adding, “Today’s cabinet decision is another milestone achieved towards a more developed nation as we promised.”

These TMAs will be established in Upper Kurram, Lower Kurram and Central Kurram in Kurram, Miran Shah, Mir Ali and Razmak in North Waziristan, Khar and Nawagai in Bajaur, Wana, Sarwakai and Ladda in South Waziristan, Jamrud, Landi Kotal and Bara in Khyber, Dara Adam Khel in Kohat, Upper Mohmand, Lower Mohmand and Baizai in Mohmand, Upper Orakzai and Lower Orakzai in Orakzai, Jandola in Tank, Bettani in Lakki Marwat, Darazinda in Dera Ismail Khan, Wazir in Bannu and Hassan Khel in Peshawar.

It is pertinent to mention that the Local Government Elections and Rural Development Department Khyber Pakhtunkhwa has already notified working groups for the development of rules of business for tehsil local governments and village and neighbourhood councils.