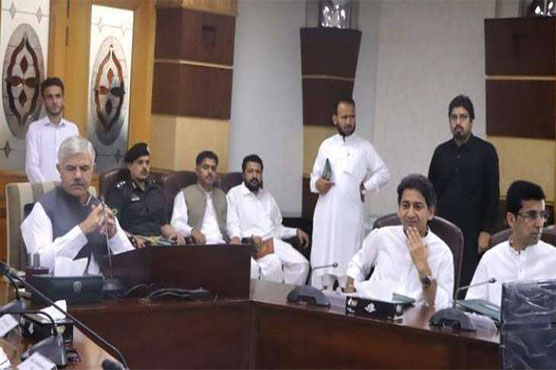 PESHAWAR: In-order to save Rs 24 billion annually, the Khyber Pakhtunkhwa cabinet given the approval to enhance the age of retirement for government employees from 60 to 63 years.

The decision was taken during the provincial cabinet meeting Chaired by Chief Minister Mehmood Khan. The aim of the step is to cope with the financial crunch, the country is facing as the KP government will not have to pay the pension to the retired employees for the next three years that will save some Rs 24 billion every year.

The government has taken the decision under Article 240(b) of the 1973 Constitution of the Islamic Republic of Pakistan. The article empowers the KP government to legislate on the matter. After the approval of the proposal from the provincial cabinet, it will be presented on the floor of KP assembly.  The government is hopeful that it will be passed without any difficulty.

The cabinet has also given approval of compensation to the war affected people of Mir Ali Bazar in North Waziristan. The cabinet was informed that dozens of shops were destroyed due to decades-long instability and military operations; therefore, there is now a need to compensate its owners to start their business from the start.

The chief minister also expressed concerns over the non-implementation ban order on the use of plastic bags. The CM once again directed the concern authorities to take strict action against the violators of the government orders. The cabinet also approved Rs 50 million grant to set up a medical college in Nowshera district.