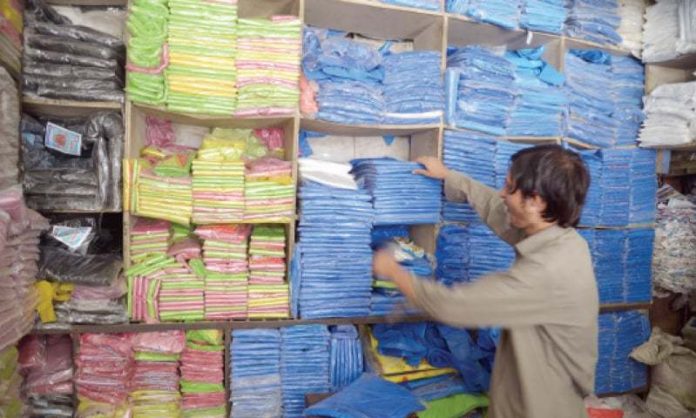 PESHAWAR: Chief Minister Mahmood Khan has directed to impose a ban on the use of polythene bags in Khyber Pakhtunkhwa (KP) in order to protect the environment from plastic pollution and its negative effects.

The Chief Minister also directed the constitution of a committee to be headed by Minister for Information Shokat Yousafzai to suggest an alternate solution against the use of polythene bags. The other members of the committee included Commissioner Peshawar, CCPO Peshawar and representatives of WSSP, Business community and Environment Department. TORs of the committee should be finalized shortly and report in this regard should also be submitted within ten days, he directed. He also underlined the need for the comprehensive campaign through print, electronic and social media for awareness of the general public in this respect.

The Chief Minister said to ensure the vision of clean and green Pakistan of Prime Minister Imran Khan we will eradicate the pollution created by the use of polythene bags at any cost. He said that steps should be initiated to sort out an alternate way instead of polythene bags. The Chief Minister said we will ensure the use of biodegradable bags which will not only clean the environment but will also save the people from different disease.

The Chief Minister further said that awareness campaigns would be carried out through different media outlets so as to aware of the business community and the general public about the harms and complication of polythene bags. He directed the committee that they should sit with the business community and other relevant stakeholders so as to ensure action against the use and selling/purchasing of polythene bags. The Chief Minister further directed that a comprehensive report would be prepared on the issue.