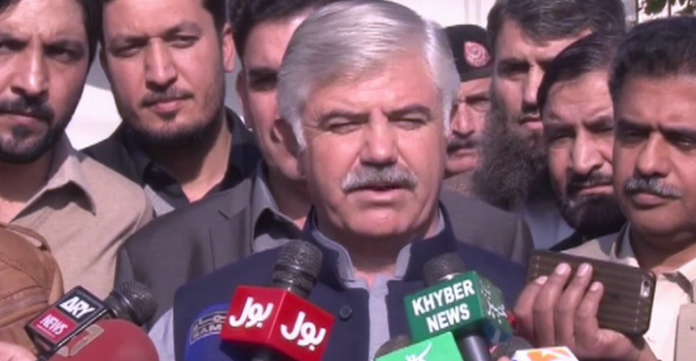 The land was leased out to a private firm during the previous government’s tenure when Mehmood Khan served as minister for sports, culture, tourism and museums in Pervez Khattak’s cabinet.

The chief minister was questioned by the NAB officials about his alleged involvement in the scam; however, he rejected all the allegations and claimed that he has worked for the promotion of tourism.

“I do not remember if the alleged illegal lease took place during my tenure as the provincial tourism minister,” the chief minister said while talking to media outside the NAB office following his appearance.

Mehmood Khan rejected all the allegations leveled against him and claimed that it was his first and last appearance before the NAB in the case as NAB has given him a “clean chit”.

However, instead, it allegedly gave 275-acre land to a private company on lease for 33 years, violating the rules and regulations.

The alleged scam was reported in January 2018, after which NAB had launched an inquiry into the matter on the instructions of its chairman Justice (retd) Javed Iqbal.