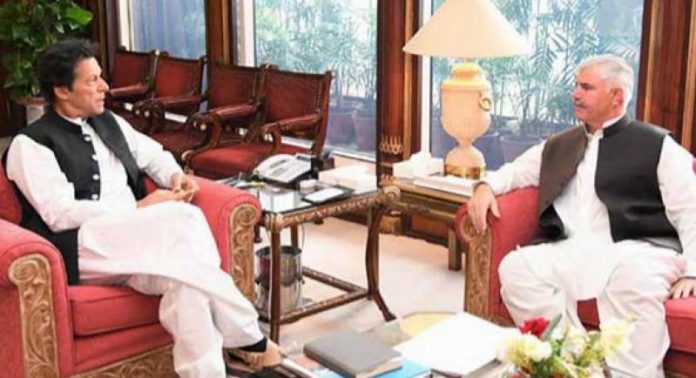 PESHAWAR: A comprehensive strategy has been formulated to provide best facilities to tourists in Khyber Pakhtunkhwa.

This was said by KP Chief Minister Mahmood Khan who called on Prime Minister Imran Khan in Islamabad on Wednesday. The chief minister shared that over 2.7 million tourists arrived in KP during Eid days which benefited the local economy by Rs27 billion.

The chief minister apprised the prime minister in detail about the ongoing tourism activities in various districts and the steps taken by the government to facilitate the incoming domestic and foreign tourists. The chief minister apprised the prime minister about steps taken for resolution of problems faced in the tourism sector. He also apprised of the progress on development projects and initiatives as per the roadmap given for the promotion of tourism.

Mahmood Khan also briefed the prime minister on progress made regarding ongoing development projects being implemented in merged tribal districts.

Stressing on the importance of promoting tourism, the prime minister said that promotion of tourism sector is one of the top priorities of the government. He said that the promotion of tourism would not only create economic activity in the local areas, but would also have a positive impact on the national economy.

Meanwhile, the prime minister chaired a review meeting on the government’s historic initiative in the health sector to provide quality health services to the people through the health card.

Imran Khan said a new system is being created in the health sector with the health card, and noted the current programme will promote private sector hospitals and help them provide their services in rural and remote areas. The prime minister directed the federal and provincial governments to set up special units for the health card programme to monitor the implementation of the programme and resolve any issues immediately.

Expressing satisfaction over the relief available to the people through the health card, the prime minister said that the present programme of providing quality health services is the largest and most historic programme in the history of the country. He said that for the first time the present government has started a comprehensive programme realising the weaker sections in the field of health, thanks to which not only public but also private hospitals are providing quality healthcare to the weaker sections.