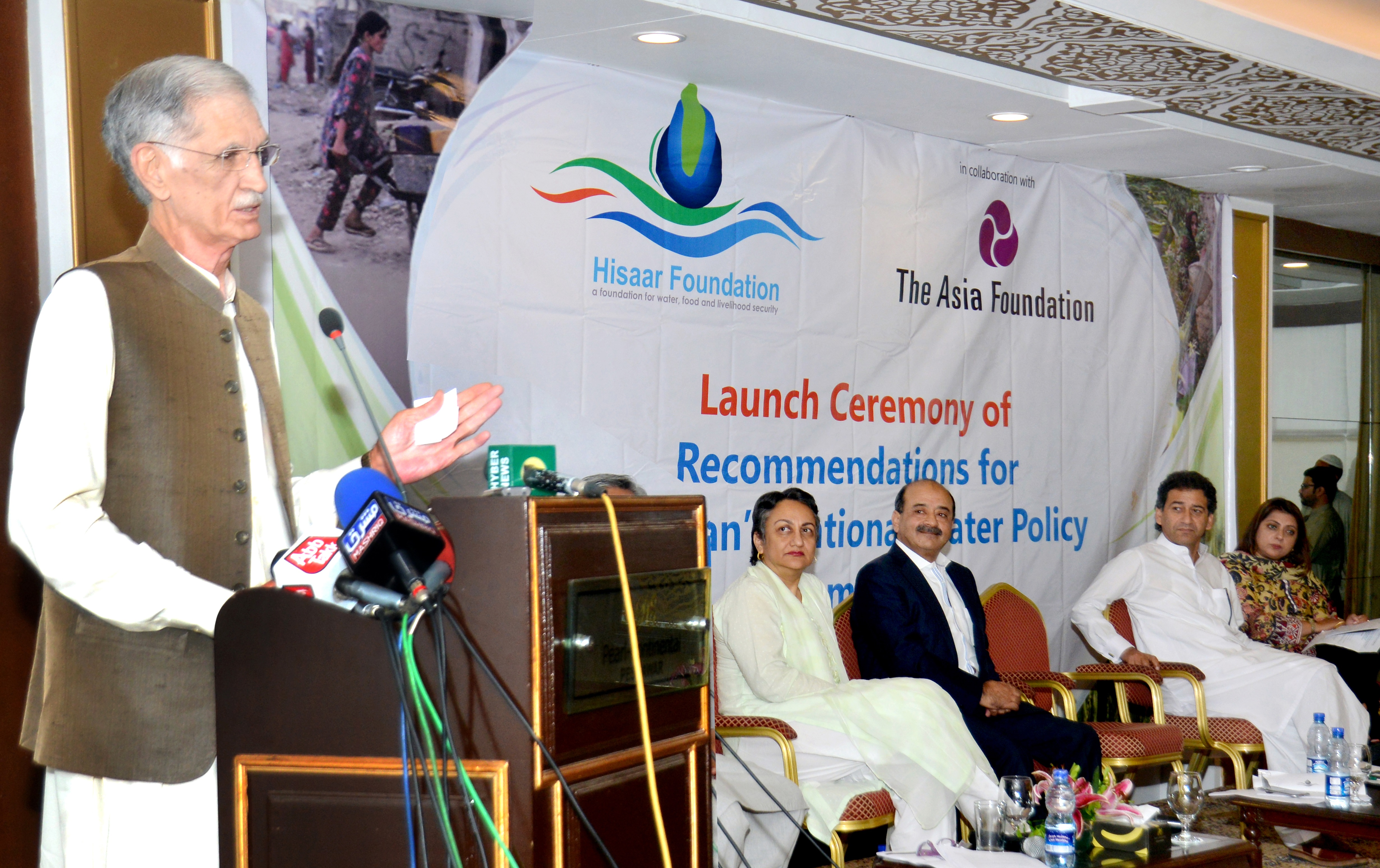 Addressing a seminar on water policy at a local hotel in Peshawar on Monday, the chief minister said water pollution was a very serious issue for which the provincial government will form a policy soon. He said the future wars may be fought on water resources if this issue was not given importance now. He said the provincial government is taking steps to increase water resources.

The chief minister said all the concerned departments, authorities and stakeholders were being instructed to adopt practical measures for stopping wastage of water resources, protecting the water reservoirs and working for an increase in it. Similarly, he said, the network of small dams was also being expended throughout the province.

Mr Khattak said steps need to be taken to stop waterlogging, salinity and deforestation. He said water policy will be brought to the provincial assembly before consultations with stakeholders.