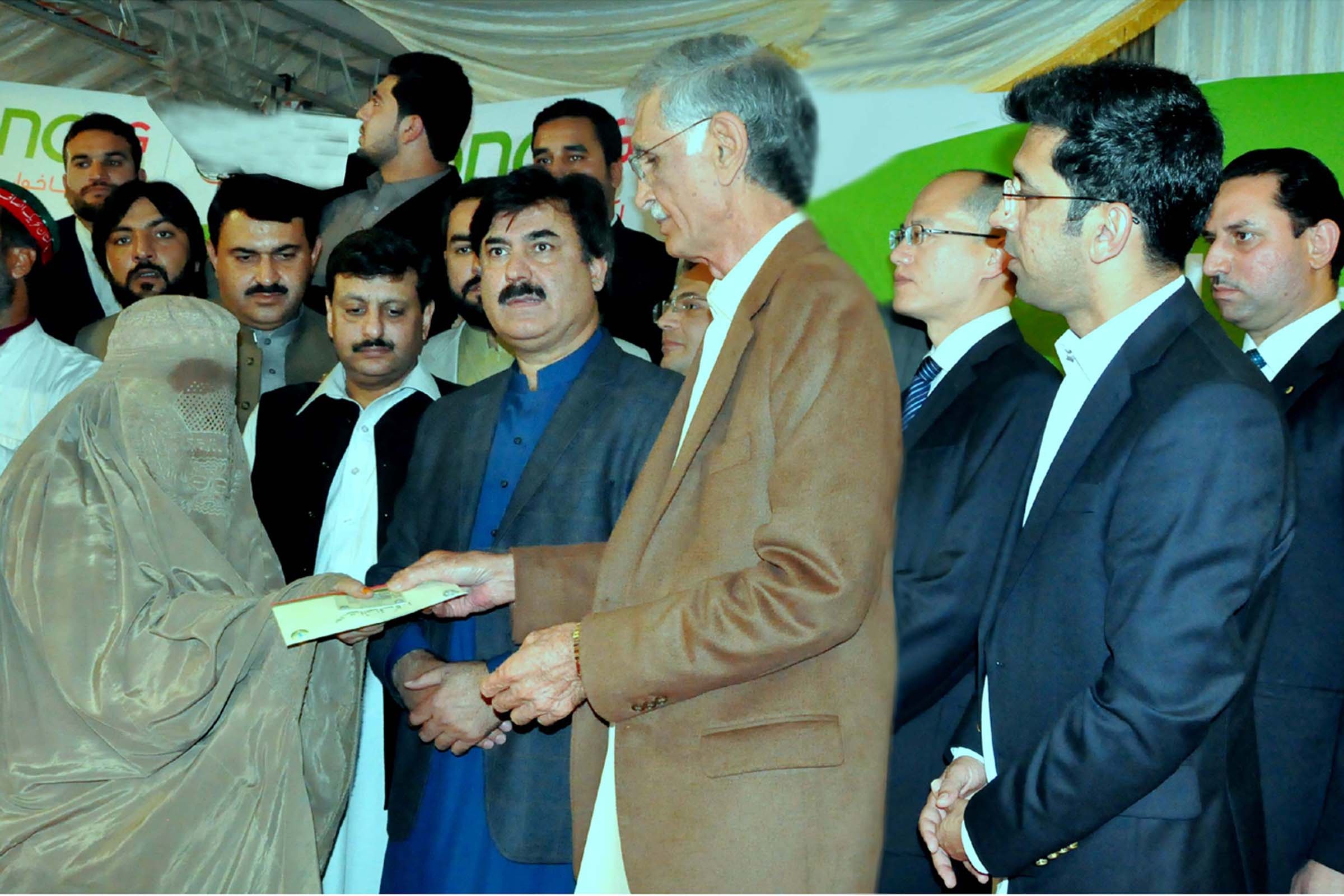 PESHAWAR, 28 November: The Khyber Pakhtunkhwa Chief Minister Pervez Khattak has said that the PTI-led incumbent provincial government was spending more on the improvement of human capital and the introduction of Sehat Insaf Card is one of the major steps the government has taken so far for the betterment of the people.

He was addressing at the distribution ceremony of Sehat Insaf Cards in Gulbhara area here on Monday.

The Sehat Insaf Card is part of the Sehat Sahulat Programme started by the government to provide access to better health services to more than 50% deserving population of the province.

The chief minister termed the introduction of the health insurance card as a big achievement of the provincial government and said it was the first ever service of its nature in the country. He claimed that the federal government was trying to replicate the program.

He said that the health card facility was already introduced in four districts of the province and now it was being extended to the whole province. “More than 50% of the population of the province will benefit from it”, he announced.

He further informed that the provincial government was providing its own resources for the project. The chief minister also appealed to the people to inform the government if they found any shortcoming in the system so that the same could be addressed well in time.

Secretary Health Abid Majeed while highlighting silent features of Sehat Insaf Cards told the function that it would benefit 1.8 million families which constitute 51% of the population of the province.

He informed that distribution centers were established in BHUs for handing over the mention cards to the deserving families in 986 union councils of the province. He further said that Sehat Insaf Card holders were selected through transparent mechanism on the basis of poverty elevation survey. He said that 0.54 million rupees would be provided to a card holder family for treatment while agreement had already been finalized with Zong for communication of health related messages.