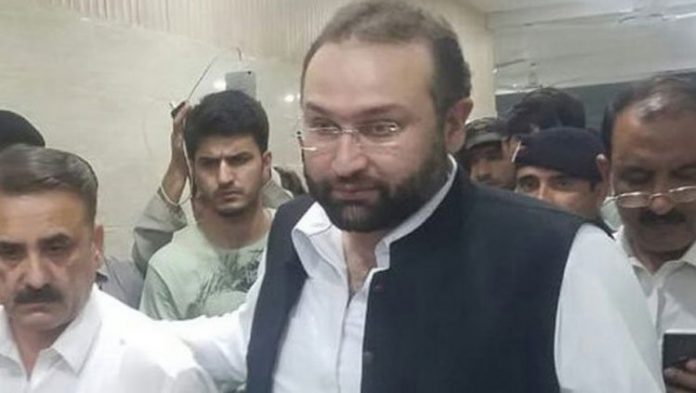 PESHAWAR: The Khyber Pakhtunkhwa Doctors Council (KPDC) has announced to continue province-wide protest till registration of the FIR against the health minister and his guards over allegedly torturing an assistant professor at the Khyber Teaching Hospital (KTH) Peshawar.

The KPDC member Dr Siraj told media on Thursday that KP Health Minister Hasham Inamullah Khan and his security guards tortured Assistant Professor Dr Ziauddin Afridi at Surgical Ward of KTH Peshawar after which they have announced protest at all the hospitals and private clinics of KP. He said the KPDC in its meeting has decided to continue protest till filing of FIR against the provincial minister and his guards. He said all the doctors are on same page on the issue and they demand impartial inquiry into the matter.

After the incident at KTH Peshawar, the protesting doctors had blocked University Road near Town Police Station to record their protest. The doctors alleged that a five-member team of doctors was also tortured when they went to the police station for filing a report against the provincial minister.

Dr Farooq, another member of the KPDC, has shared a video in which it can be seen that doctors and policemen are exchanging hot words and they are also pushing each other. A day earlier before the alleged torture on Dr Ziauddin Afridi by Hasham Inamullah and his guards, another incident had happened which caused tension.

Professor Nowsherwan Barki, who is considered close to Prime Minister Imran Khan, was presiding over a meeting in Peshawar on Tuesday when Dr Ziauddin opened the door of the meeting hall and started complaining about not being appointed as an associate professor at the Khyber Medical College. Dr Ziauddin also allegedly threw eggs on Dr Barki after which police took Dr Ziauddin outside the meeting room. Provincial Minister Hasham Inamullah reached there after an hour on the request of Dr Barki and held meeting with the hospital administration. Doctors exchanged harsh words with the minister during talks and then a scuffle started. The minister’s guards came from behind and allegedly tortured Dr Ziauddin due to which he received injuries in head and neck. An FIR was also field against Dr Ziauddin on charges of throwing eggs on Dr Barki.

Hasham Inamullah said after the incident that he did not torture anyone and he was just doing self-defence. He alleged that Dr Ziauddin was carrying a sharp-edged weapon in his hand due to which his guards had to stop him.

On the other hand, Dr Ziauddin alleged that the provincial minister used abusive language and asked his guards to torture him.