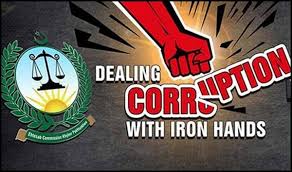 PESHAWAR: The provincial assembly through a bill has abolished the Khyber Pakhtunkhwa Ehtesab Commission on Friday.

Established four years ago, the Pakistan Tehreek-e-Insaf government believes that the accountability body has failed to meet expectations. The KPEC remained largely dysfunctional.

The bill further stated that the pending references before the Ehtesab Courts were transferred to the Anti Corruption Court.

Zafar Azam of Muttahida Majlis-e-Amal, an MPA of walked out from the House in protest against the passage of the bill. Sadar Hussain Babak, parliamentary leaders of the Awami National Party in KP assembly alleged the provincial government had constituted Ehtesab Commission for political victimization.

Babak said that when the government was passing the bill for establishing the Ehtisab commission in 2014, he had opposed in the assembly House as there was already Anti Corruption establishment existed, but his concerns were overlooked then.

On November 21, The provincial government has moved to formally abolish the KPEC, when the Chief Minister Mahmood Khan has approved the summary. The summary was later approved from the cabinet and was tabled in the provincial assembly on Friday.

The opposition leadership believe that government took the step to wrap up somewhat the dormant anti-graft body in the light of the decision of the federal government.