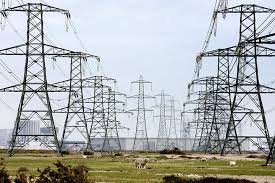 PESHAWAR, 18 May: Federal government has decided to increase Khyber Pakhtunkhwa electricity share by 300 megawatts, according to the well-placed sources.

They said that in the wake of protest of the provincial government in Islamabad a few days back share of Khyber Pakthunkhwa would be raised to 1,600 megawatts from the existing 1,300 megawatts.

The sources added that the provincial government and Peshawar Electric Supply Company would make a consensus decision over provision of power to the areas where the power theft is on its peak.

The federal government has also agreed to pay 96 billion rupees net hydel profit of the Khyber Pakhtunkhwa outstanding against Centre in three years.

It will be pertinent to recall that a few days back all the parties having presence in the Khyber Pakhtunkhwa Assembly, excluding Pakistan Muslim League-Nawaz, staged a sit-in outside the Parliament House against unscheduled power outages in the province. However, the sit-in was ended after Federal Minister for Water and Power Khwaja Asif assured them that their grievances would properly be addressed.