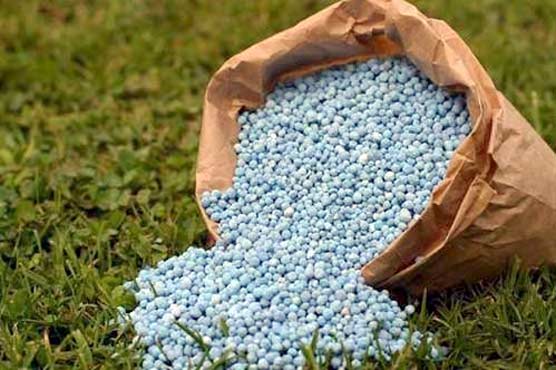 Khyber Pakhtunkhwa farmers are facing difficulties due to the ongoing fertilizer shortage in the province.

Anjuman Kashtkaran KP president Niamat Shah Roghani told TNN that farmers were unable to provide sufficient amount of DAP in the wheat sowing season due to higher prices. “Even now a bag of DAP costs more than Rs 10, 000,” he said.

He said that wheat crop now required urea; however, there was the fertilizer shortage in the market. Mr Roghani said at some dealers where urea was available were selling it up to Rs 3,300 instead of Rs 1700 official price.

He said that this black marketing has driven the urea out of farmers reach. “The fertilizer shortage is likely to hit the wheat crop this year,” he said.

Mr Roghani said that in the past, district administration used to sit down with farmers for meeting at sowing seasons to persuade them to grow more wheat. However, he said that these meetings have come to an end under the current dispensation.

Fertilizer black-marketing has turned into a major issue

Besides, the black-marketing of urea, Mr Roghani said that the nitro phosphate was also being sold on higher prices. He said that official rate of nitro phosphate stood at Rs 1,500; however, available in market at Rs 2,600 per bag.

Besides, super phosphate was also being sold for Rs 2,600 per bag instead of Rs 1,200. However, he said that the shortage was artificial, as dealers have sufficient stocks of fertilizers, which they were selling at higher prices by creating a crisis.

He said that managers of fertilizer manufacturers were also cahoots with the dealers.

On the other hand, Malik Asad, a fertilizer dealer from Mardan told TNN that they were receiving fewer supplies of urea from the manufacturers.

He said that large quantities of the production were supplied to other industries.

Mr Asad said that due to higher DAP prices during sowing season, farmers used urea in higher quantity, which pushed up the demand. Besides, he said that under a fertilizer companies’ formula, farmers have to purchase two bags of urea with a bag of DAP. On the other hand, due to reluctance of framers to purchase pricey DAP; the dealers have to sell urea at higher prices.

He said that all companies, except one sold KP quotas of fertilizers in Punjab while a large portion was smuggled to Afghanistan. Mr Asad said that 30,000 bags of urea out of Mardan quota go to glue factory while 40,000 bags to another factory. “This is main reason of the shortage,” he said.

However, he said that the prices were likely to come down in February after government decision to increase the fertilizer prices.

Why urea is important for crops?

Muhammad Waseem, an expert with the agriculture department told TNN that urea was very crucial for wheat crop. “Two bags of urea are required for wheat crop on an acre of land,” he said.

He said that urea provided nitrogen and protein to a crop and keeps the wheat crop green.

Mr Waseem said that nitrate could be used in place of urea. Besides, organic fertilizer could also meet urea shortage to some extent. “Wheat crop required first dose of urea at the time of sowing and second in December and February,” he said.

Mr Waseeem said that giving urea to crop other than these two occasions made little benefit.

Besides, he said that 600,000 tonnes of fertilizers will start arriving in the market from January. “Farmers would not suffer despite higher prices in international market,” he said.

Earlier this month, federal minister for industries and production Makhdum Khisru Bakhtiar, in Senate, had accused the Sindh government of smuggling urea to Afghanistan. Mr Bakhtiar said that this has led to shortage of fertilizers in the country.

On the other hand, Sindh government denied the allegation and said that federal government has responsibility to check borders.