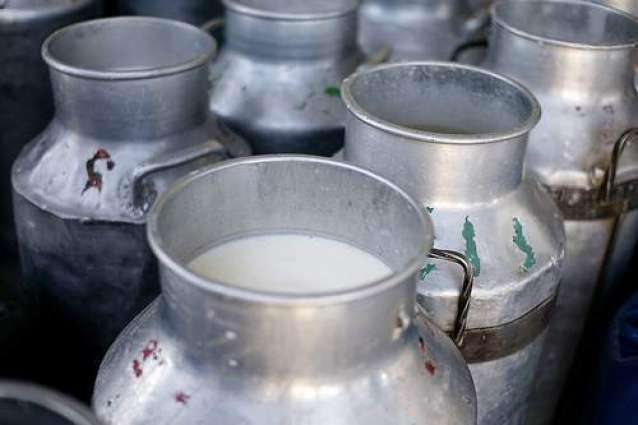 PESHAWAR: The KP Food Authority while launching drive against milk adulteration across the province announced that they’ve discarded 8000 litres adulterated milk in Peshawar on Thursday.

A statement issued by director-general food authority said all the divisional teams have been directed to conduct drive against milk adulteration. Sohail added that chemical and powder milk adulteration would not be tolerated.

The KP food authority teams have inspected milk shops on Kohat Road, Yaka toot, Dabgari Garden and Shah Qabool area of the provincial capital.  At least three shops were sealed for allegedly mixing of ammonia, water and powder milk and Eight thousand litres of adulterated milk was discarded on the spot. Director Operations revealed that special drive against milk adulteration would continue across the province for a week.

PESHAWAR: The District administration Peshawar has arrested 22 nanbai for selling under-weight roti (bread) in Peshawar on Friday. The administration has informed that they’ve been shifted to jail for a period of 15 days.

In a statement, the administration said that the Deputy Commissioner, Mohammad Ali Asghar along with Additional Assistant Commissioner Headquarters Islahuddin checked the weight of roti at various Nanbais shop at Bacha Khan Chowk, Jinnah Park, GT Road and other localities at Hashtnagri.