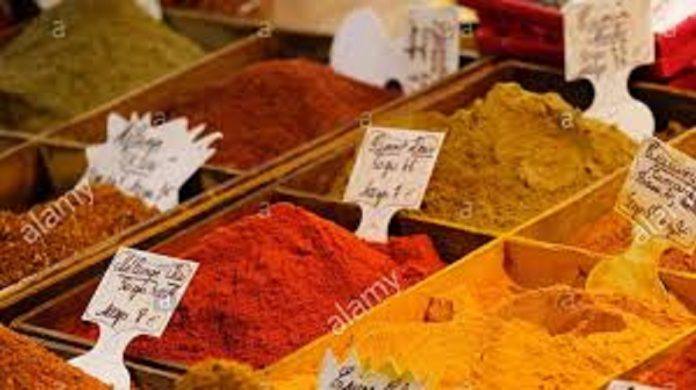 PESHAWAR: To curb the menace of adulteration, the Khyber Pakhtunkhwa Food Safety and Halal Food Authority has set the deadline of March 20 after which unpacked spices cannot be put on sale in the markets.

Provincial food watchdog’s Director General Riaz Khan Mahsud issued the order on Monday. He said last year the authority’s scientific committee suggested the ban and proposed one-year grace period for the traders to transform existing businesses to the approved scientific mechanism. Mahsud urged spices dealers to adopt modern technology to properly process the spices before its sale into in the market. The DG added only properly packed spices will be allowed for sale in the open markets of the province and action will be taken against all those who violated the order, under the law.

“The unpacked and unprocessed spices are injurious to health and may cause a variety of diseases,” maintained the Director-General. He strictly warned the unpacked spices business owners to introduce proper packing and improve the quality of their products.

The government of Punjab has already banned unpacked spices from January 1, 2019 and Punjab food authority is taking strict action against all those violates the law.

Director Technical KP Food Authority Dr Abdul Sattar Shah revealed that unpacked spices may contain Aflatoxin which causes cancer. Shah said that since there is no registered trademark on unpacked spices, it is always difficult for the authority to trace its manufacturer in case of any complaint on behalf of the consumers. “Technically packaging is the only solution to minimize the weather impacts over the spices,” he maintained.

Director Operation Khalid Khattak said that concern quarters have been informed and task been assigned to teams to conduct crackdown. He also said that teams will gear up the crackdown as the deadline passes. He maintained that food authority would impose the ban with zeal and zest.

Khattak informed that an online survey was conducted to gain the public trust where 69 per cent of the fifteen hundred participants asked the authority to the imposed a ban on the sale of unpacked spices.